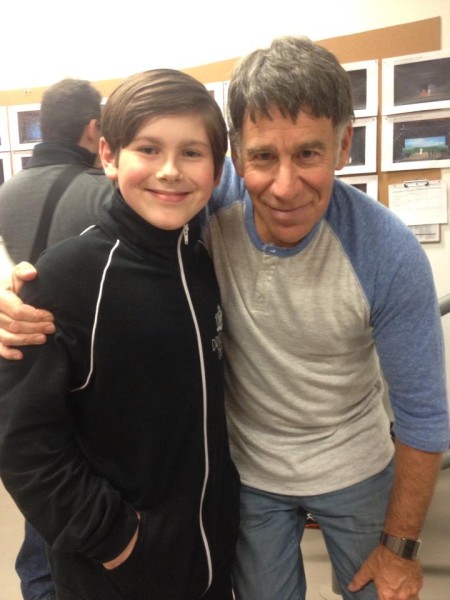 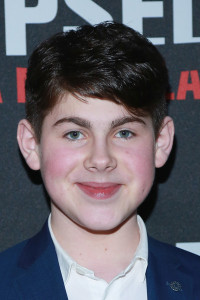 15 year-old Johnny Rabe is a young actor, singer, dancer and now producer, who hails from a suburb of Chicago, Illinois. Starting at the age of eight, Johnny has performed in shows like The Music Man (Winthrop), For the Boys (Danny), Shadowlands (Douglas) and Wizard of Oz (Munchkin Mayor) in Chicago. In 2011, Johnny joined the 1st National Touring Company of A Christmas Story, The Musical. As one of Ralphie’s classmates, he toured five cities and even got to perform at the famed Chicago Theatre. That’s where the story took a fun and exciting turn. Just a few months after the tour ended, Johnny had the chance to audition for the holiday show again. This time, for the role of Ralphie on Broadway. Since ending that show Johnny has starred as Walter in the world premiere of Secondhand Lions at the 5th Avenue Theatre in Seattle and has worked with many amazing directors in productions at Chicago-area theatres, including Gary Griffin at the Marriott Theatre Lincolnshire and Rachel Rockwell at Drury Lane Theatre Oakbrook and the Paramount Theatre Aurora. As of last night young Mr. Rabe added producer to his list of credits. 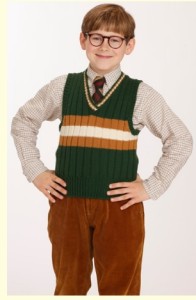 T2C: Where did you go after A Christmas Story The Musical?

Johnny Rabe: I flew back to Chicago and I started rehearsals for The Music Man the Parmount Theatre.

T2C: What shows would you like to do now or in the future?

Johnny Rabe: Oh Boy, West Side Story, Pajamaa Game, I love classical musicals. I just saw An American in Paris. There are a lot of shows I would love to do. I would love to do Into the Woods as The Baker or Jack or City of Angels.

T2C: How did you become a producer on Eclipsed? 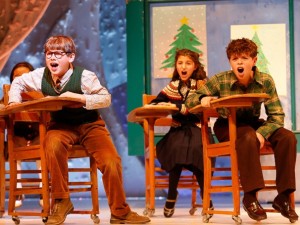 Johnny Rabe: When I came back to NY for the A Christmas Story The Musical reunion concert at Feinstein’s/ 54 Below, my mom and I went for a walk with the producer Pat Addiss. I decided I didn’t just want to be a actor, but produce and do anything that had to do with theatre. When Pat called us about this opportunity, I looked into it. How could we say no?

T2C: Do you see yourself producing more shows?

Johnny Rabe: I’d love to. If the opportunity presents itself, definitely. When the curtain came down last night after the opening it was an amazing feeling to know, I helped make that possible.

T2C: What do you look for in producing?

Johnny Rabe: I look for something that has significance to where we are in the world. I wouldn’t do anything that was offensive. I would to do things that are controversial but not offending. I have a soft spot for classical Broadway. Anyting that is relevant and needs to be seen.

Johnny Rabe: To young male actors I would say, don’t be afraid of your voice changing. It does get better and you will be able to sing again. If you stay open to all aspects of theatre, there is so much there. If you close yourself off then you miss so many aspects of theatre; such as stage managing, producing, directing. There are more opportunities than being more than just an actor and those other aspects will make you a better actor. I love English and History and school. I saw A Gentleman’s Guide to Love and Murder and when the priest fell from the roof, I knew that was from Alfred Hitchcock’s “Vertigo.” If you do light design, you will understand more about the lights when you are on stage. Don’t close yourself or restrict yourself, youll be a lot better at what you want to do, if you don’t.

T2C: Do you miss being in New York?

Johnny Rabe: I miss it a lot, but I love Chicago. I love my school, I have a lot of friends here, but yes I miss NY and when ever I have the chance I come.  I love both cities it s like home 1 or home 2. I am happy where I am but I do miss and  love NY.

T2C: Do you think it is wise to allow children so young to star in a Broadway Show?

Johnny Rabe: I do. I don’t think its wrong to allow a child to star on Broadway. You have to help them though. I could not have done this without my mom. It’s rewarding, but its hard. Parents need to support their children and help take off the stress. You can’t let it become the only thing in your life.

T2C: Was there disappointment when you go back to being a kid?

Johnny Rabe: It was a little bit easier because I started rehearsal for The Music Man. I did have “Post Broadway Stress Disorder,” being out of New York and the show. My cast and I were close going out to other shows and  going out to Sardi’s. I was so passionate about the show, but I pulled through. I really inversted in my training with piano, voice, dance, acting and guitar. I made the best of of the situation. I’ve done the best I could, I didn’t want to let myself get bogged down with that.

Johnny Rabe: I’m very passionate. I do whatever I set my mind to. It’s a good thing and a bad thing. I want to singing, act and dance. I want to direct, so I set my mind to it. It’s a essential part of my personality. I have a drive to be successful. I love every aspect of this business, there’s not a single thing I don’t love. I want to graduate High School, go to College, come back and do the whole board. I love the whole theatre community, the business, the storytelling. To be in this industry is an amazing experience.