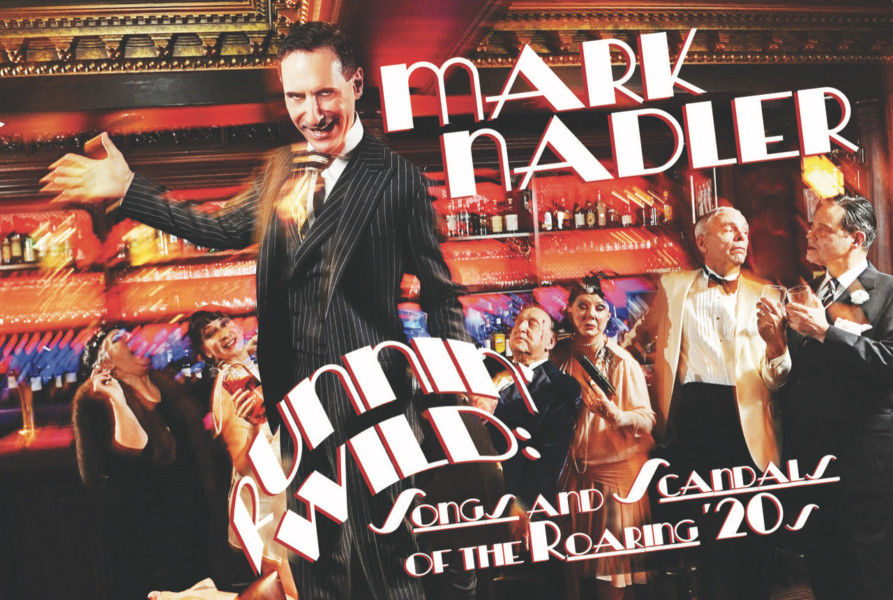 The newest cabaret space, is the Hidden Cabaret at the Secret Room at 707 8th Avenue. Mark Nadler’s acclaimed hit, Runnin’ Wild: Songs and Scandals of the Roaring 20’s will play one night only Monday, March 2, 2020 at 7 pm. This show received a Broadway World Award and a MAC Award for Outstanding Celebrity Artist.

Mark show The Old Razzle Dazzle: an evening of Lies, Lying and Liars was listed as the Best of T2C’s Cabaret List

Mark is nominated for a Mac Award this year and is a internationally acclaimed singer, pianist, tap-dancer and comedian. He received the MAC Award three years in a row for outstanding Musical Comedy Performer. He was the recipient of the 2015 Broadway World Editor’s Choice Award for Entertainer of the Year.

Mark was honored a Nightlife Award and was nominated for numerous Drama Desk Award, Lucille Lortel Awards, MAC Awards, Broadway World Awards as well as numerous awards around the world. Mr. Nadler has performed at Carnegie Hall with the New York Pops Orchestra and has been a soloist with several orchestras around the country. His one-man show, Crazy 1961, was aired on PBS.

This is a show not to be missed. See you there!