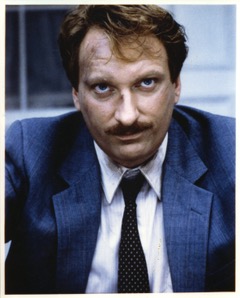 On October 13th at 7pm, join T2C’s Suzanna Bowling as she interviews an actor who has created several icon film roles. In every film Jeffrey Jones’s has performed in, he has created memorable characters who as soon as you see his face you remember.

Jeffrey Jones, best known for his film roles in Amadeus, Ferris Bueller’s Day Off Beetlejuice, The Devil’s Advocate, Deadwood, Without a Clue, Valmont, Hunt for Red October, Ed Wood, and Dr. Doolittle 2. On television Jeffrey has appeared on Fresno, Amazing Stories, Tales from the Crypt. His theater work includes more than 20 plays at the New York Public Theater, the Delacort in Central Park, Lincoln Center Theater, Manhattan Theater Club, The Hudson Guild…and he’s worked at the Long Wharf, McCarter Theater in Princeton, The Hartford Stage, and on Broadway, Off-Broadway and Off-Off Broadway.

To join the zoom meeting click here on October 13th at 7pm.