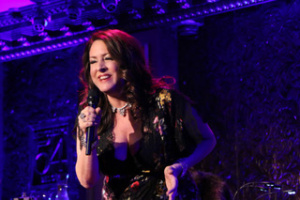 Joely Fisher, actress, director and entertainer, just completed a successful two night run at Feinstein’s 54 Below with her show about growing up in Hollywood as the daughter of crooner Eddie Fisher and  60’s sex kitten Connie Stevens. The show is based on her memoir Growing Up Fisher: Music, memories, and Misadventures which is filled with incredible music, candid stories, and wonderful family photos. 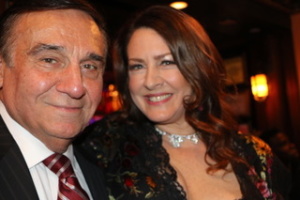 There is something to be said about inherited talent and genes, as Joely has a terrific singing voice and can belt out a tune with the best of them. Accompanied on the piano by the legendary Ron Abel who served as her music director, with Jeffrey Barone on guitar and Ritt Henn on bass, Joely sang a variety of songs that outlined her career, pain, conflicts and humor. What you first notice is her honesty, irreverence and comfort on stage as she and her sister toured and sang with their mother since they were children. As Joely sang “My Father’s House” (Bruce Springsteen) rarely seen photos of Eddie was projected onto the screen and you saw the love in this complicated relationship. 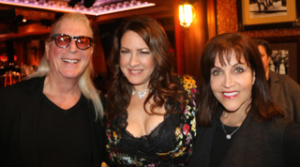 The loss of her unlikely hero, sister Carrie Fisher, ignited the writer and performer within and she talked about the family’s drug problems with the searing and dramatic “Chandelier” (Jessie Shaken & Sia Furler) that was beautifully performed. Joely was hilarious talking the problems of aging and sang “What Did I Have That I Don’t Have? (Lerner & Lane) as youthful photos flashed on the screen in various stages of her career. A highlight was her rendition of “Cabaret” (Kander & Ebb) that fulfilled a lifelong dream when she starred as Sally Bowles on Broadway.

After a difficult childhood, Joely has created a solid family life for herself. Married to cinematographer Christopher Duddy since 1996 (introduced by Ellen Degeneres, her friend since they were in the TV show Ellen together) they have a blended family of five children and those photos of her beautiful family were heart warming and moving.

Joely ended with “Astonishing/Days of Plenty” from Little Women (Dicks & Howland) and I can honestly say that Joely was “astonishing” in her performance, humor, singing and emotional connection to the well chosen material. After a standing ovation, the encore “Both Sides Now” was very appropriate as more photos of her life and career filled the screen. What made this show unique is that Joely showed her vulnerability, allowed the audience into her life as we witnessed the many sides of Joely. This made us not only admire her courage, but fall in love with her! 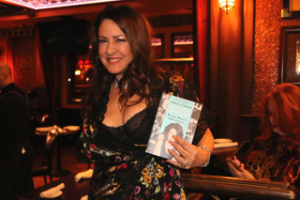