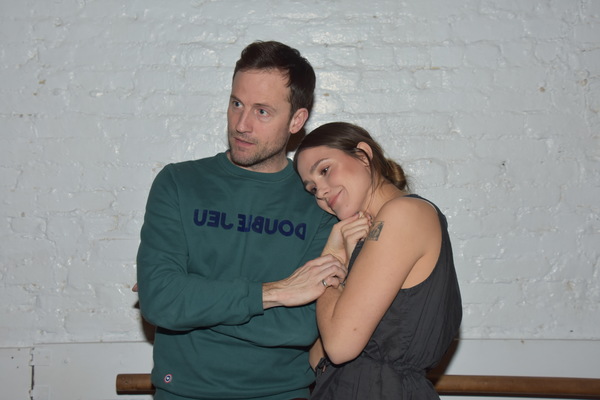 Inspired by Sean Hagerty’s theatre-going experiences in the UK during his artistic training, Shakespeare@ will deliver accessible interpretations of classic works, focusing on diverse dramas with sprawling casts in a new, intimate location for each production. Celebrating Jersey City’s distinction as the most diverse city in America, Hagerty intends for all Shakespeare@ audiences “to be able to recognize themselves, their neighborhoods” on the stage, in addition showcasing the beautiful spaces the city has to offer its community.

“Jersey City is a perfect place to offer Shakespeare,” says Hagerty. “There’s nothing like it here right now. In the past 10 years, there has been so much great change. It’s an exciting time to be here.” Hagerty believes that the community and artists alike can grow in empathy and humanity by exposure to other ideas and cultures.

Original music for Hamlet is composed by Joan Melton. Lighting design is by Sarah Johnston, with costumes by Anne-Marie Wright and sound design by Donghyuk Chang. Brad Lemons serves as Fight Director, with Joan Melton as Voice & Speech Coach and casting by Robin Carus. Sydney Steele is the associate producer.