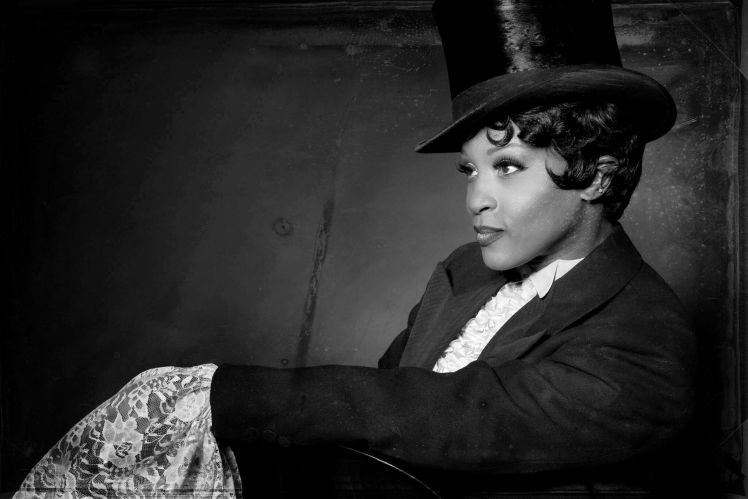 Josephine – A Burlesque Cabaret Dream Play: A Great Star in Need of a Better Home

Josephine – A Burlesque Cabaret Dream Play: A Great Star in Need of a Better Home

The story of Josephine Baker is one of the most compelling and intriguing stories of a woman breaking boundaries of race, gender, and sexuality before America was ready to embrace such diversity and confidence.  She was an extraordinary performer and dancer, living large way before her time, and never receiving the the respect or notoriety she deserved from the nation of her birth.  Her list of accomplishments, activism, and honors is astounding for any human being, let along a black woman born in St. Louis, Missouri in 1906 into poverty, far from the beautiful city of Paris that embraced her as she should have been in her homeland. What Tod Kimbro (writer/musical director) tries to do here with his burlesque cabaret dream play, Josephine is pay tribute to this divine and exciting creature, and with the help of the talented performer, Tymisha Harris (Josephine, choreographer, costume designer) and director/designer/executive director, Michael Marinaccio, they do their best trying to flesh out the woman behind the honors and accolades.  They mostly succeed in telling the thrilling details of her life story, hitting all the high points and moments of glory and fame, giving her the respect and the adoration she deserves.  The only thing missing to this presentation is a more refined production, which could turn this fun play into something far more powerful and electric. The press pictures show that this dream play has seen better production days somewhere else. I only wish New York City, once again, had given her the welcome she deserves.

Harris as Josephine is delicious and layered, embodying her fragility and her powerful presence with an ease and a smile.  She’s witty and charming, thoroughly engaging with the material and the audience.  Her singing is lovely and her dancing is suggestive and a whole lot of fun to behold.  I only wish in her edgy and energetic performance that she would slow down a bit, take a breath, and not worry about dressing and undressing so often.  At a point it starts to feel like an assembly line of costume changes and songs, with hardly a moment of interpersonal connection to her emotionality and journey in between, before another dress is hurriedly pulled on and paraded in front of us. Her charisma is strong enough to keep us tuned in, but a stronger direction from Marinaccio is needed to make it feel less hurried and frantic. Take a breath, Josephine, and stay still long enough for us to really get a chance to see you.

The script is also in need of some tightening in order to bring the greater umbrella of meaning to a sharper focus.  One after the other, Josephine goes through the long list of troubles and tribulations, success and sadness, with barely enough of a pause for us to take in the depth and power of each situation before she scurries off to change her outfit and move on to the next chapter and accomplishment to be checked off.  Part of this frenetic feeling has a lot to do with the design and production.  Harris is so brilliant at creating the younger Josephine, a sweet yearning teenager dreaming of getting out, but Harris isn’t given the moment or the material to give us the aging Josephine except for that one moment of power when she returns to the States at Martin Luther King’s request. 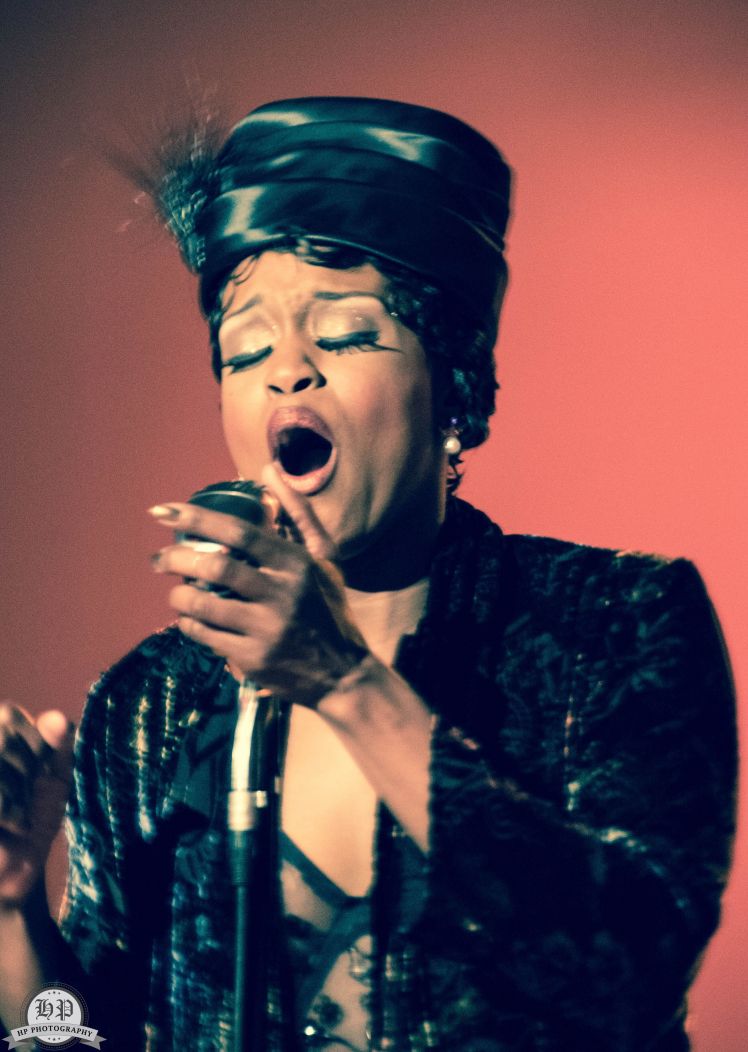 Now granted, this piece is being performed on the sweet small Soho Playhouse stage, and thank goodness for such a stage and theatre, because many productions might never see the light of day without it.  But sharing this stage with another production that follows almost immediately after (the brilliant and funny Bright Colors and Bold Patterns) does not do this production any favors.  The set design is messy and cluttered, and needs a clearly hand and eye, as does the blocking and direction. The costumes need to be simplified and minimized, so they appear effortless and not distracting. For this show to truly rise to the level of professionalism and respect that its subject deserves, a stronger visual presentation and lighting design will be required. Like the promo pictures, the cleanness of the background really makes Josephine jump out at us.  As I watched I wanted to see Josephine standing center stage, bathing in a strong circle of white light, commanding that spot, and singing to us in that vacuum where everything else disappears into the darkness.  That’s a visual she deserves. And that’s the show I hope this one will eventually be given. Come on New York City, give this gal (both Josephine Baker and Tymisha Harris) the respect she deserves.