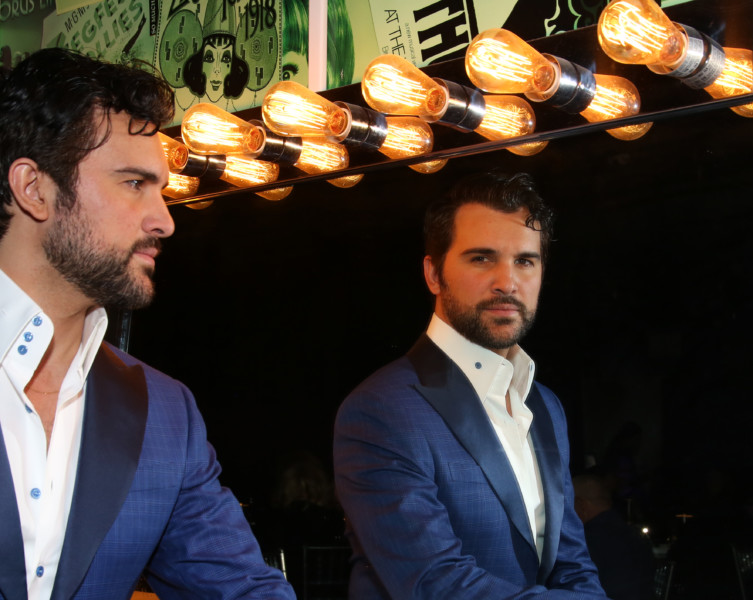 Juan Pablo Di Pace has been on the series “Fuller House” since 2016. Before that the “Dallas” reboot and “Dancing With The Stars”, to name a few. His show at The Green Room 42 An Evening with Juan Pablo Di Pace, is his first live performance in NYC in three years. Though he got noticed in film and TV, this charismatic actor started in musical theatre. He showcased his talents starting off with Snow Patrol’s “Chasing Cars”.

A rousing “Join The Circus” from Barnum. led to his singing Kikki Danielsson’s “Canzone d’Amore.” Di Pace is also a gifted songwriter which he proved with the haunting “Moonchild”.

Stephen Sondheim’s “More,” from Dick Tracy and Chicago‘s “All I Care About,” showed just how much sex appeal Di Pace oozes. I never honestly thought of Billy Flynn as sexy.

The emotional “Nature Boy,” as well as the classic “Piensa en mi,” had Di Pace telling us how much he has missed while performing in Badfinger’s “Without You.” Yet the hits of his career gave him hilarious experiences, such as being featured in the film Mamma Mia!, (he played Colin Firth’s partner, Harry). “The Winner Takes It All,” was a stand out, as was the Bee Gees “Night Fever,” which he performed as Tony Manero in the production of Saturday Night Fever. This boy has some moves.

Inspired by George Michael, Di Pace sang a moving version of “Through”.

I am doing something I usually don’t do, which is end my review here until tomorrow. There is a lot to say and show about this “It Factor” performer and his wonderful arranger Charlie Alterman.

An Evening with Juan Pablo Di Pace plays The Green Room 42 this Saturday at 7pm and I suggest you get tickets to see this performance, which is sure to make my best of this year’s list!