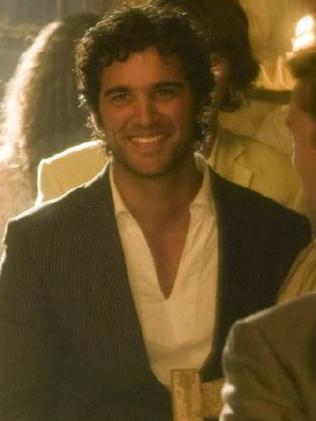 There are few entertainers considered “triple threats,” and Di Pace is one of them. Starting as a dancer in London, crafting his acting skills on TV and film and singing on stages around the world, Di Pace comes to The Green Room 42 fresh off the final season of Netflix’s “Fuller House,” in which he portrays the loveable Fernando. Di Pace is versatility rolled into one. He performed on screen with Meryl Streep in Mamma Mia!; danced in Bob Fosse’s Chicago on London’s West End; starred in Saturday Night Fever on stage in Spain and played Jesus in a TV mini-series. He had a stellar run on ABC’s “Dancing with the Stars” where his tango made history.

An Evening with Juan Pablo Di Pace is a hilarious and emotional show where the Argentine-born performer traces traveling to Europe and the USA as a teenage immigrant to pursue his dream of becoming an artist. Di Pace’s journey is peppered with anecdotes and songs from the stage, screen, radio and original compositions. It’s a show not to be missed.

“When I was living in Spain in 2012, I wrote a show called Act One, a story of what led me to become an entertainer in the ‘first half’ of my life,” Di Pace said. “After taking the show to New York in 2017, I felt it was time to re-tell the story in 2020 as I definitely have entered the ‘second act’ of my career. I have learned new lessons I want to share, especially the funny, ridiculous and touching ones.”“The stage has an interesting way of mirroring life,” Di Pace added.  “For me, the most fun is to share it all through, humor, song and dance.”

Di Pace’s television credits are many. He played the aforementioned role of Jesus on NBC’s “A.D. The Bible Continues”miniseries, for which he received a 2016 GRACE award for “Most Inspiring Performance.” His other television credits include TNT’s “Dallas,” NBC’s “Camp,” TBS’s “Angie Tribeca,” FOX’s “Rosewood,” appearances on the BBC and regular roles in several Spanish TV series. Di Pace has an extensive musical theatre background.

In addition to Chicago in London, he starred in Grease in Italyand Saturday Night Fever in Spain. The latter won him raves from the European press. Di Pace has appeared in concert in Madrid, New York, Buenos Aires, Trieste, Los Angeles, Houston and London.

Suzanna BowlingFebruary 18, 2021
Read More
Scroll for more
Tap
Orange Is The New Black Star Dale Soules Guest Stars on The Marvelous Mrs. Maisel
The Phantom of The Opera Comes to Broadway At The Pierre