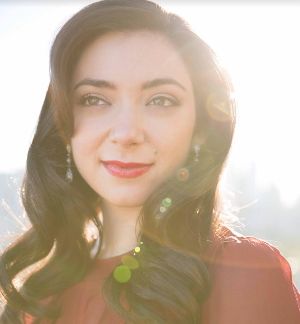 At 8pm tune in tonight for Julie Benko & Seth Rudetsky Live at 54 Below. You can get tickets here.

Julie Benkos’ highlights include performing in Broadway revivals and national tours of Funny Girl, Les Miserables, Fiddler on the Roof, and Spring Awakening. Favorite regional appearances include leading roles in Once (Wilde Award, “Best Leading Actress in a Musical”), Rags (SF Bay Area Theatre Critics Circle Award and Theatre Bay Area Award “Best Featured Actress in a Musical” nominations), The Fantasticks, Our Town, The Golem of the Havana, and The 25th Annual Putnam County Spelling Bee. She won both the Gold Medal and Johnny Mercer Award in the American Traditions Vocal Competition, and was a semifinalist in the Lotte Lenya Vocal Competition. She has lent her voice to the Oscars, the Tonys, and America’s Got Talent. Her debut jazz album, Introducing Julie Benko, is available on all streaming platforms. She holds a BFA in Drama and an MFA in Acting from NYU’s Tisch School of the Arts.