Just What I Needed – Sean Harkness 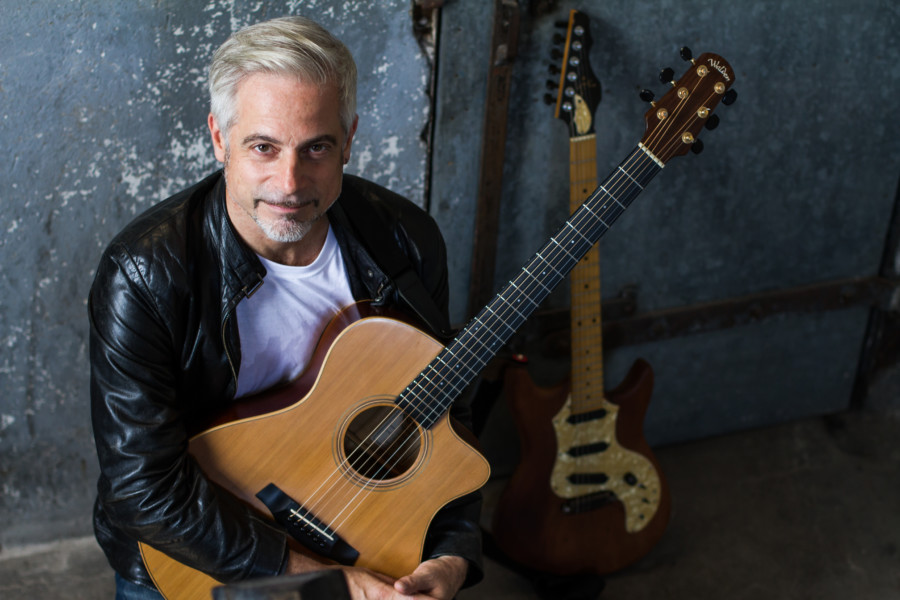 Just What I Needed – Sean Harkness

If you think you have not heard of guitarist Sean Harkness; think again. The Berklee-schooled Harkness has been one of the most prolific and in-demand players for the last decade (Kathleen Turner, Nona Hendryx, Tom Wopat, Lucie Arnaz, Leslie Uggams, and Christine Andreas).

A former-artist on Will Ackerman’s celebrated Windham Hill Records -now available through SONY Music/Legacy- (including his 1999 CD Aloft and several label compilations); Harkness has performed at the most prestigious halls around town and the county.

With influences as diverse as John Scofield, Jeff Beck and Robby Krieger, Harkness is gearing up for his own above-the-line success with a revolving collective of the best players around in his group Sean Harkness & the Unusual Suspects. Their next show is at NYC’s Birdland on March 20 with a new CD provisionally titled Just What I Needed.

Harkness is quick to point out that the “(the) Birdland show is a choice of songs from my childhood. They’re not necessarily the proscribed ‘covers’ one would expect from a tribute or cover band as they range from The Carpenters to The Who – these are the songs that came on the school bus AM radio.  Songs that moved me to learn music.  I’m just interpreting them through the lens of 40+ years’ experience as a pro guitarist.”

With eight solo records already in the marketplace (including his Windham Hill Aloft CD), Harkness and his hand-picked band are releasing a new CD, Just What I needed, in March.

Adds Harkness, “One of the things that sets me apart from other guitarists in NYC is that I work with so many different people. Different styles/genres, skill/experience levels, and demographics. From theater queens to Blues artists, movie stars to folk singers, Broadway divas to jazz snobs, and everything else on the spectrum. Most people find a niche and work it.  If I have a ‘niche’, it is as the guy who can bring anything to life with heart and authenticity.  And mostly with vocalists.  Something about the way I interact with vocalists makes me a trusted name when they want to bring it to life … and that everyone I work with is every bit as much an influence on my musical voice as George Benson, Duane Allman, or Eddie Van Halen.”

Sean’s first guitar arrived on his eleventh birthday. Within six months, he had a weekly theater engagement in Bridgeport, CT. After high school bands and studies with Brian Keane and Sal Salvador [Stan Kenton Band], Harkness studied at the Berklee College of Music in Boston.  Then after a year of busking the streets of Europe, Harkness moved his music career to Vermont where for five years he also worked in the shop assisting master guitar builder Chip Wilson.

The Newtown, CT native started playing professionally in 1978 (when he was 11) in a trio with two others – the keyboardist was Mike Kach, who would go on to success with Dicky Betts’ Great Southern, Molly Hatchet, and The Outlaws. Every Saturday they’d play at the Downtown Cabaret Theatre in Bridgeport.

After hearing Sean perform in Vermont, T.O. Mann invited him to study guitar technique. Mann helped Harkness develop a signature touch on the instrument that caught the ears of Windham Hill Records and other producers.