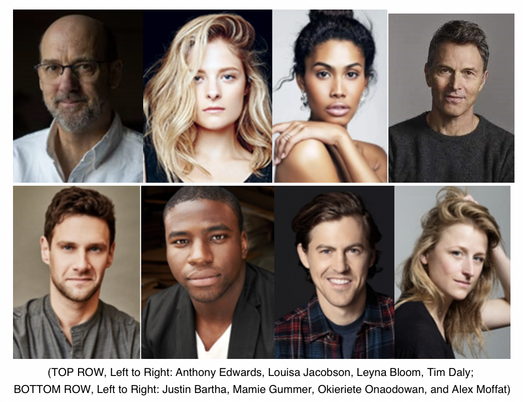 “Throughout this unprecedented time, The 24 Hour Plays artistic community has grown even closer — and even larger,” said artistic director Mark Armstrong, reflecting on the organization’s robust programming slate throughout the COVID-19 pandemic. “Now, as we come together within the same four walls once again (and the same 24 hours), we’re ready to share what extraordinary artists can do in a single day. We’re grateful to Town Hall for helping us bring this long-standing New York City tradition to a larger audience than ever before.”

The 24 Hour Plays begin the evening before the performance, when the actors, writers, directors, and production staff gather for the Meet and Greet. In one dynamic hour, each person shares a prop and costume, and actors show off their special skills and something they’ve always wanted to do on stage. With this creative fuel in mind, the playwrights stay up all night writing world-premiere short plays. In the morning, the directors and actors return to launch into Broadway’s fastest rehearsal process and at 8 PM, the curtain rises on a performance of six never-before-seen new works.

Tickets start at $60, with tickets and VIP packages available at 24hourplays.org/broadway. Proceeds from the event support The 24 Hour Plays’ non-profit activities throughout the year, including education programming with students from middle school to college, professional development for emerging artists in The 24 Hour Plays: Nationals, the free online series The 24 Hour Plays: Viral Monologues, and partner productions all around the world.

The 24 Hour Plays® (est. 1995, Mark Armstrong, artistic director) bring together creative communities to produce plays and musicals written, rehearsed and performed in 24 hours. Through our radically-present approach to theater, we make work that responds immediately to the world around us, builds communities and generates new artistic partnerships. Our events include The 24 Hour Plays on Broadway and The 24 Hour Musicals, as well as productions in London, Los Angeles, Dublin, Minneapolis, Finland, Mexico and more. Since March 2020, The 24 Hour Plays: Viral Monologues have generated 600 new free-to-view theater pieces featuring over 1000 artists that have been viewed millions of times and are archived in the Library of Congress.

Each summer, we bring together early-career actors, directors, playwrights, producers and composers for a free professional intensive culminating in their own production of The 24 Hour Plays in an off-Broadway theater. Over eleven years, The 24 Hour Plays: Nationals have introduced audiences and collaborators to a generation of artists changing the game in theater, television and film. The 24 Hour Plays are an enduring New York City institution, while licensed affiliates and partners produce The 24 Hour Plays and Musicals in theaters and schools worldwide, impacting everyone from celebrities to students.