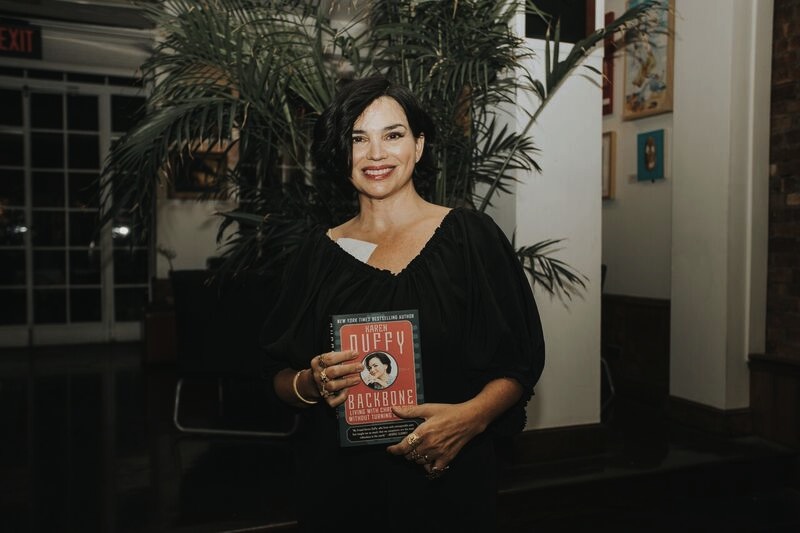 Last night at the Society of Illustrators a grand celebration honored a powerful, moving and funny book. In the heart of the Upper East Side in New York City, Karen “Duff” Duffy celebrated her new book Backbone: Living With Chronic Pain Without Turning Into One.

Surrounded by an overwhelming amount of support from her family and friends, the night was a perfect way to toast to an inspiring and incredible book and author. With illustration by Chelsea Dom and sincere words by Duffy the book is due to be a smashing hit. 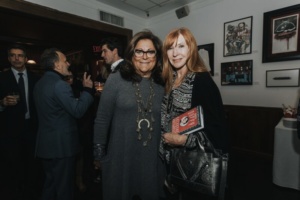 The event opened with heartwarming speeches from Duff’s husband, John Lambros, her son and author Ed Conlon. Each praised her dedication as a hardworking mother, who always tries to make other people laugh, all while living with chronic illness. Duff’s son spoke eloquently about how inspiring she is as a pain patient advocate, and brilliant writer, and humorously stated “how she is like a mother to me.”

Karen Duffy is a New York Times bestselling author, actress, a former MTV VJ, and a former correspondent for Michael Moore’s Emmy Winning TV Nation and The Awful Truth. In her modeling career, she was Revlon’s “Charlie Girl” and the face of Almay Cosmetics. She is a certified hospital chaplain, former Ms. Coney Island Mermaid Queen, a member of the Alliance for the Ethical Treatment of Pain Patients, and a board member of the Foundation for Sarcoidosis Research. Duffy has been featured in more than 100 top media outlets including The New York Times, Oprah Magazine, NBC, HBO, and the Wall Street Journal. Most recently, Duffy shares her message of living life to its fullest while having incurable chronic pain in her new memoir Backbone: living With Chronic Pain Without Turning Into One.