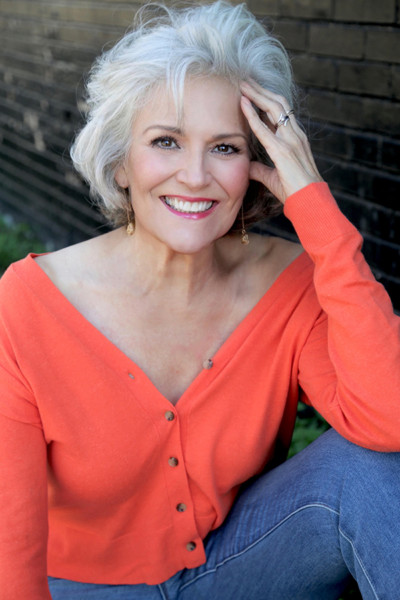 Birdland Jazz Club will present the return of Karen Mason – honoring her three-decade collaboration with music director Christopher Denny in the new show “30… And Counting” – on Monday, August 8 at7:00 PM. Mason performed her first concert with Denny on August 5, 1992 and they have continued the working together to this day. A few years later, director Barry Kleinbort was added to the mix, and this triad of talent have been creating brand new arrangements and shows ever since. This evening will highlight some of their favorite arrangements including “Help/Being Alive,” “Watch What Happens/I Will Wait for You,” and “Pick Yourself Up,” with many more surprises. There is a $40 music charge. Birdland is located at 315 West 44th Street in New York.

Karen Mason was recently seen playing Mrs. Marsh on Ryan Murphy’s “Halston” on Netflix. On tour, was last seen as Madame Giry in the North American premiere of Love Never Dies (Andrew Lloyd Webber’s epic sequel to The Phantom of the Opera). On Broadway, she starred as The Queen of Hearts in Wonderland and originated the role of Tanya in Mamma Mia! (2002 Drama Desk nomination as Best Actress). Her other leading roles include Norma Desmond in Sunset Boulevard on Broadway and in Los Angeles for three years; Velma von Tussel in the Broadway company of Hairspray; “Monotony” singer and Mazeppa in Jerome Robbins’ Broadway. In regional theater, Karen starred in Chasing Rainbows (Paper Mill Playhouse), A Christmas Story as Miss Shields; White Christmas (St. Louis Muni Opera); Side by Side by Sondheim (Coconut Grove Playhouse in Florida); Gypsy (Sundance Theatre in California); Company (Huntington Theatre in Boston). Off-Broadway, she won the Outer Critics Circle Award for her performance in And The World Goes ‘Round.

She is a 14-time MAC Award winner, and was the recipient of the 2019 MAC Lifetime Achievement Award. She also won 3 Bistro Awards. Her eight recordings include the single “It’s About Time,” written by Paul Rolnick and Shelly Markham; her 2009 MAC Award-winning Right Here/ Right Now, The Sweetest of Nights, When the Sun Comes Out, Christmas! Christmas! Christmas!, Better Days (featuring the 1998 Emmy Award-winning song “Hold Me”); and Not So Simply Broadway. Also, Wonderland (original cast); the film Jeffrey (Varese Sarabande); Wonderful Town (JAY Records); the cast album of And The World Goes ‘Round (RCA Victor). www.karenmason.com