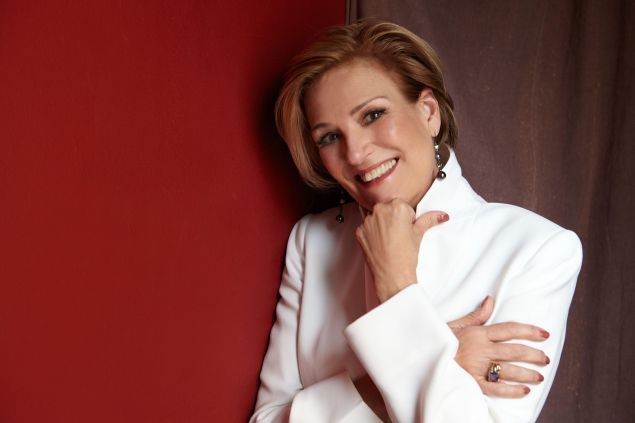 Most people know Karen Mason as an award-winning Broadway star, but in the world of cabaret & piano bars, she’s one of our own. Karen would perform her show in the cabaret room at The Duplex on Grove Street & could be found singing up a storm in the piano bar, doing a promo before her show & hanging out after, to the delight of everyone. In fact, Piano Bar Live’s host, Michael McAssey & Karen have been friends since their early days in their native Chicago, both moving to New York City at the same time. Now she returns to the Duplex to sing with Michael, as we begin this new series.

Karen Mason has starred on Broadway, Off-Broadway, TV & recording. TheatreScene.net praised Mason saying that she “has few peers when it comes to ripping the roof off with her amazing voice that  knows no bounds!” She is a 13-time MAC Award-winner (Major Female Vocalist for six years in a row!) & was recently the recipient of the 2019 MAC Lifetime Achievement Award. She also won the 2006 Nightlife Award for Major Female Vocalist & has three Bistro Awards.

Karen was recently seen as Madame Giry in the North American Premier of Love Never Dies, Andrew Lloyd Webber’s epic sequel to The Phantom of the Opera. Previously on Broadway, Karen garnered rave reviews starring as The Queen of Hearts in Wonderland & she originated the role of Tanya in Abba’s Mamma Mia! for which she received a 2002 Drama Desk nomination as Best Actress. Her other leading roles include Norma Desmond in Sunset Boulevard, which she performed to critical acclaim & standing ovations on Broadway & in Los Angeles for three years; Velma von Tussel in the final Broadway company of Hairspray; “Monotony” singer, Mazeppa in Jerome Robbins’ Broadway; Rosalie in Carnival(another Drama Desk nomination); plus featured roles in Broadway’s Torch Song Trilogy &  Play Me A Country Song. Karen won the Outer Critics Circle Award for her performance in And The World Goes ‘Round & starred Off-Broadway in her own show, Karen Mason Sings Broadway, Beatles & Brian.

In regional theatre, Karen starred in the first National Tour of A Christmas Story as Miss Shields, in the world premiere of the stage production of White Christmas, (playing the Rosemary Clooney role at St. Louis Muni Opera), Side By Side By Sondheim (Coconut Grove Playhouse in Florida), Gypsy (Sundance Theatre in California), the world premiere of One Tough Cookie (Apple Tree Theatre in Chicago), Heartbeats (Goodspeed Opera House in NY) & Company (Huntington Theatre in Boston). In New York, Karen starred in the one-woman musical about Dorothy Parker, You Might As Well Live.

PIANO BAR LIVE! is produced by ScoBar Entertainment & will be coming directly to you, streaming live on Facebook at www.facebook.com/PianoBarLive.

PIANO BAR LIVE! will feature Michael McAssey at the piano taking requests, along with various guest  vocalists, both scheduled, surprise guests & some who are a part of the live audience in attendance at each show. This is a great chance to enjoy the piano bar experience live & unfiltered on Facebook.

Genevieve Rafter KeddyMay 10, 2022
Read More
Scroll for more
Tap
Get Ready For A Great Season With The New York Pops
No Deposit Bonuses: Get to know how they work