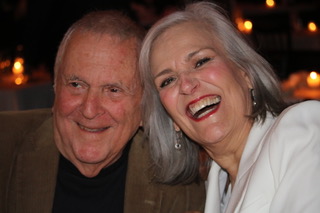 Karen Mason brought pizzazz and flare through the music of Kander and Ebb last night at Birdland.

Starting the night in a festive mood was the iconic “All that Jazz” celebrating Chicago‘s 25th year.

Karen Mason has starred on Broadway, Off-Broadway, television, and has several recordings. She is a 13-time MAC Award winner, has won the MAC Award for Major Female Vocalist of the Year for six consecutive years, and recently was the recipient of the 2019 MAC Lifetime Achievement Award.

Next up on the agenda was a mash up of  “Wilkommen” from Cabaret, “Life of the Party” from The Happy Time and a smidgen of “Colored Lights” from The Rink. 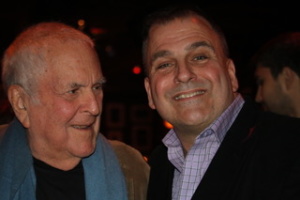 The illustrious John Kander was in the audience. Karen won the Outer Critics Circle Award for her performance in his show And The World Goes Round.

A soulful and heartfelt “My Coloring Book” a song made famous by Barbra Streisand showed off how Ms. Mason can really intreat a song. Kudos to lights and sound by Rocky Noel.

“Maybe This Time” from Cabaret, led to one of my favorite Kander and Ebb songs “I’m One of the Smart Ones” from a little known show called Golden Gate.

Mash up of “New York, New York” “All I Need is One Good Break” from Flora, the Red Menace showed off Music Director Christopher Denny wonderful playing.

A full version of “Colored Lights” from The Rink, was well thought out and showed Ms. Mason in fabulous voice, bringing lyrics and tone to perfection. This was a highlight of the night.

A poignant and rarely heard “Go Back Home from The Scottsboro Boys, was also well done and showed off bass player Ritt Henn. 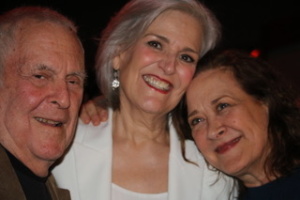 Talking about her time in And The World Goes Round  with with Robert Cuccillo, Jim Walton and Karen Zeimba, who was in the audience was hysterically amusing. In the show, the song “Ring Them Bells” from “Liza with a Z” had her flying to new heights. Not that I would love to have seen. 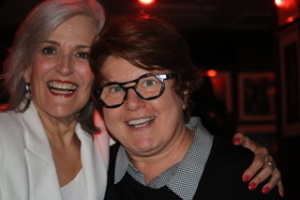 All of the patter was well done, informational and just enough to engage the audience. Kudos to director Barry Kleinbort.

Another masterful moment was the mash-up of “Married” from Cabaret into “Sorry I Asked,” which was written for Liza Minelli. She ended the set with the title song  “The World Goes ‘Round” from the film “New York, New York”.

Excelling in songs that dig into your heart “Love and Love Alone” from “The Visit” took us on a nuanced journey, rich with pathos.

I am so glad Ms. Mason brought back “How Lucky Can You Get?” from the film “Funny Lady.” This is such a fabulous song.

For her encore “A Quiet Thing” from Flora, the Red Menace set the mood of overall peace and a feeling one had been entertained.