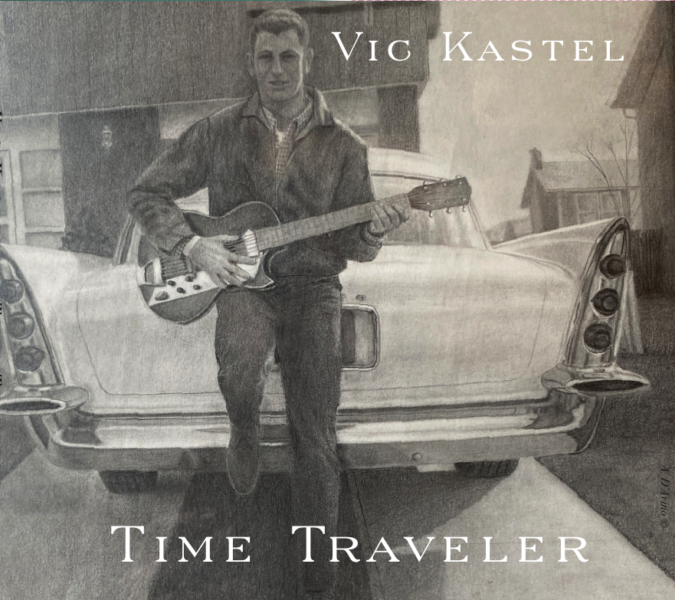 When Long Island’s own Vic Kastel released his Time Traveler album last summer, after an extended hiatus, it was met with riveting success by the media. The 13-song package -all originals- was met with terrific reviews – lauding Kastel’s songs, as well as the sterling production.

Interestingly, he recorded the album the old fashion way – analog … which both Bruce Springsteen and Paul McCartney have done with their latest releases.

With two songs from the album seemingly destined for use on the big screen later this year, we caught up with him on ZOOM during a recordings session in Florida:

Q: Why did Time Traveler take this long to come out?

A: “Life got in the way; other recording projects; raising a family. There always seemed to be a good reason to wait. We did and decided now was the right time. The authenticity of the recordings and songs made this the perfect time.”

Q: You recorded Time Traveler on analog equipment; and, that trend seems to be returning (Springsteen; McCartney). How was that experience and why do you think it’s coming back so strongly?

A: “I think artists and producers got a bit too comfortable with options like pro tools and auto-tune; having the band together in the studio was inspirational. I do feel that’s why it’s returning in such a pronounced way.”

Q: There was an article recently on how legacy artists are selling better than many of the new artists. What are your thoughts on that?

A: “The artists that are in that legacy category are standout writers and musicians. Talent always wins out – no question.”

Q: You’re based in Long Island,  New York, which has had a wealth of talent; would you comment on that?

A: “From Lou Reed to Joan Jett and Billy Joel, Long Island has always had a sizable amount of artists. There have also been some amazing venues there as well, like My Father’s Place and Nassau Coliseum. It’s always been a very creative region in the USA.”

Q: Currently, what music are you listening too; and, inspired by?

A: “John Legend, Billie Eilish, Harry Styles … there are some terrific new artists for sure with top quality music. But I am still listening to artists like McCartney and Springsteen. I mean, how can you not?”

Q: Is there a follow-up in the works?

A: “Yes, and were putting the pieces together right now. Having Time Traveler out has energized me. Stay tuned for new music shortly.”

Q: How have you been promoting the album during the pandemic?

A: “We’re doing several virtual concerts; despite the pandemic, people are still listening and watching from home. We had to pivot and so far, the results have been most encouraging.”