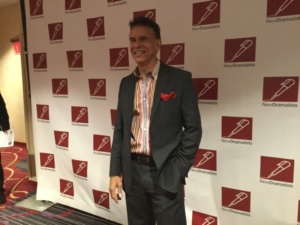 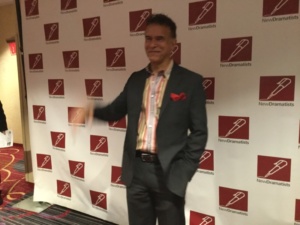 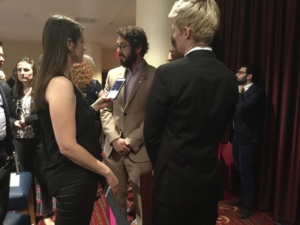 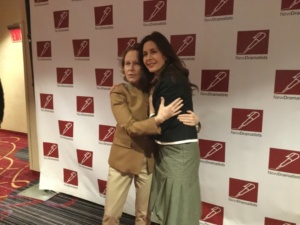 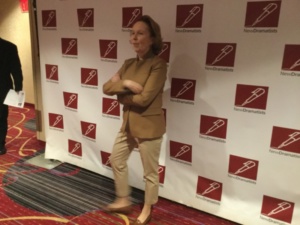 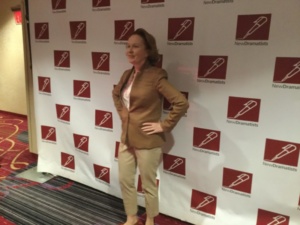 t2C talked to Kate Burton, the daughter of actor Richard Burton and Sybil Burton. On television, Burton received critical acclaim for performances in Shonda Rhimes’s drama series as Ellis Grey on Grey’s Anatomy, and as Vice President Sally Langston on Scandal. She has been nominated for three Primetime Emmy Awards and three Tony Awards. Burton’s first notable role on Broadway was in a 1982 production of the Noël Coward play Present Laughter directed by George C. Scott. The following year, she appeared in the Broadway production of Doonesbury, playing J.J. Burton also appeared as Alice in Eva Le Gallienne’s Alice in Wonderland on Broadway, then came Wendy Wasserstein’s An American Daughter and Martin McDonagh’s The Beauty Queen of Leenane. In 2002, she received Tony Award nominations in separate performance categories: Best Actress in a Play, for her portrayal of the title role in Henrik Ibsen’s Hedda Gabler, and Best Featured Actress in a Play for her portrayals of Pinhead/Mrs. Kendal in the revival of The Elephant Man. As of January 2016, she is one of only five actors, including Amanda Plummer, Dana Ivey, Jan Maxwell and Mark Rylance, to be nominated for Tony awards in two different categories in the same year. Rounding out her career she is playing Liz Essendine in the Broadway revival of Present Laughter, the play in which she made her debut. 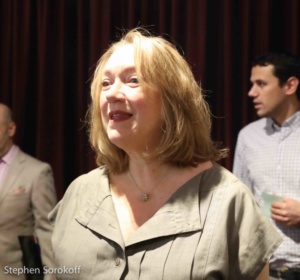 Kristine Nielsen, is known for her work on Broadway and Off-Broadway. Nielsen was nominated for the 2013 Tony Award for Best Lead Actress in a Play for her performance Vanya and Sonia and Masha and Spike as Sonia. Nielsen has appeared in several Broadway shows. Her first appearance was in the 1985 production of The Iceman Cometh. She next appeared in Jackie: An American Life, playing various characters, including Rose Kennedy and Marilyn Monroe. The Green Bird,  A Streetcar Named Desire, Dangerous Liaisons,  To Be or Not to Be, Bloody Bloody Andrew Jackson, You Can’t Take It with You followed. Currently she is in Present Laughter with Kate Burton and Kevin Kline. 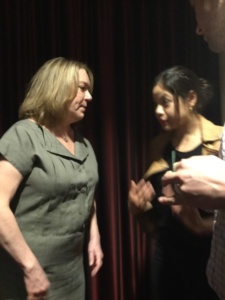 Eva Noblezada, is 21-years-old and a Charlotte, NC native. She was cast as Kim in the West End revival of Miss Saigon and followed the show to Broadway. She is nominated for a Tony for her efforts Noblezada was discovered by casting director Tara Rubin at the 2013 Jimmy Awards in New York City. 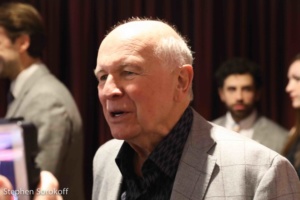 Terrence McNally, is a American playwright, librettist, and screenwriter. He has received the Tony Award for Best Play for Love! Valour! Compassion! and Master Class, as well as the Tony Award for Best Book of a Musical for Kiss of the Spider Woman and Ragtime. He has a Emmy Award, two Guggenheim Fellowships, a Rockefeller Grant, four Drama Desk Awards, two Lucille Lortel Awards, two Obie Awards, three Hull-Warriner Awards, and a citation from the American Academy of Arts and Letters. He is a recipient of the Dramatists Guild Lifetime Achievement Award as well as the Lucille Lortel Lifetime Achievement Award to name a few. In addition to his award-winning plays and musicals, he also written two operas, multiple screenplays, teleplays, and a memoir. Currently he is represented on Broadway with the delightful Anastasia. 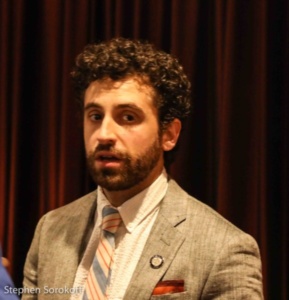 Brandon Uranowitz, is a two time Tony nominee, best known for his roles as Adam Hochberg in An American in Paris and Mendel in the 2016 revival of Falsettos, in which he is nominated for Best Supporting Actor in a Musical. Uranowitz has been cast in Prince of Broadway, which is set to open on Broadway in August.

Michael Xavier, is a two-time Laurence Olivier Award nominated English actor and singer. He was first nominated for Best Performance in a Supporting Role in a Musical in 2011 for his performance as Cinderella’s Prince/Wolf in Into The Woods and that same year he was also nominated for the Best Actor in a Musical for his performance in Oliver. Xavier has played leading  in the UK for nearly 15 years, including: Miss Saigon, My Fair Lady, The Phantom of the Opera, Oklahoma!, The Sound of Music and The Pajama Game. In 2008, Xavier played Rock Hudson in Tim Fountain’s play Rock and won the Best Online Only Audio Drama award at the BBC Audio Drama Awards in 2012. Xavier’s lead performance in Sunset Boulevard won the 2016 BroadwayWorld UK/West End Award for Best Actor in a New Production of a Musical. Michael will be joining Brandon in  Prince of Broadway, which is set to open on Broadway in August.

Suzanna BowlingSeptember 19, 2022
Read More
Scroll for more
Tap
Hear The Music Behind The Boy Who Danced On Air
Bootsy’s Bodacious Burlesque: A Hit at the Metropolitan Room