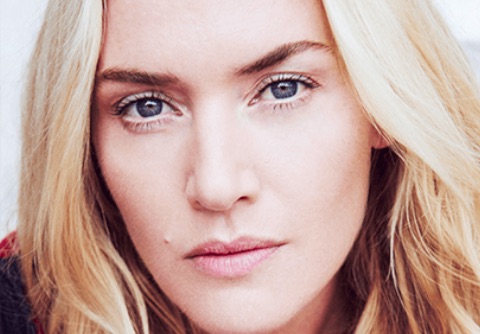 This weekend Oscar winning actress Kate Winslet brought wit and humor to a joyful virtual conversation during the Hamptons International Film Festival. The talk was moderated by Jenelle Riley, Deputy Awards and Features Editor at Variety.

Speaking on her latest role as Mary Anning in the film “Ammonite,” she reflected on her career. “One of the great things about acting is that you’re allowed to discover. You know you’re allowed to play and actually more importantly than engineering it you actually are allowed to make mistakes. And that’s one of the greatest things because you learn from mistakes and you learn all the time. You learn on the job, because when something goes wrong, you have an opportunity to change it, find your way out of an experiment. And it’s one of the most wonderful things as an actor to work with like minded peers.”

Winslet went on to talk about how much she enjoyed the preparation process of her latest role, especially when it came to learning about dinosaur excavations, which was the lead character’s real life career.

“If it was not for her there was so much we would know about dinosaurs ….I was very inspired by the fact that he had done this,” the actress stated about the experience was of playing this ‘remarkable woman.’

Kate Winslet over her own career has brought to life some of cinema’s most captivating and memorable roles. Her resumé consists of critically and commercially acclaimed work as well as a span of awards and honors that illustrate Winslet’s talent and solidify her a permanent place in cinema history.

The Hamptons International Film Festival was founded to celebrate Independent film—long, short, fiction and documentary—and to introduce a unique and varied spectrum of international films and filmmakers to our audiences. The festival is committed to exhibiting films that express fresh voices and differing global perspectives, with the hope that these programs will enlighten audiences, provide invaluable exposure for filmmakers and present inspired entertainment for all.

Quoted in a pre-recorded message from David Nugent, Artistic Director of HamptonsFilm, “I would like to welcome you to today’s conversation. This has been a signature program of ours since 1993 when Martin Scorsese and Steven Spielberg sat down and had a surprise first conversation. We have had so many great filmmakers and actors and activists come throughout the years to be a part of this program. And we are thrilled to continue it this year with these wonderful participants. Thank you for coming and checking us out and enjoy.”