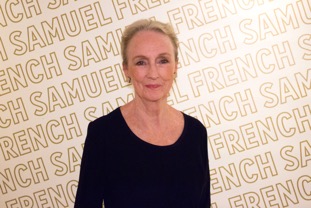 The all-star company of leading Broadway women will lend their impassioned voices to a reading of the classic play, Twelve Angry Men by Reginald Rose. “Rose wrote the original teleplay in1954, some 19 years before women could serve on juries in all 50 states. The female voices remind us how much change there’s been and how much more change is still needed,” Schneider said.

The cast includes (in alphabetical order):

Lynn Cohen – Mags in “The Hunger Games,” “Munich,” Magda in “Sex and the City,” Recipient of Richard Seff Award from Actors’ Equity Association

Caitlin Kinnunen – Upcoming: The Prom on Broadway, Original Broadway cast of The Bridges of Madison County

Dale Soules – Frieda in “Orange is the New Black,” Hair, Hands on a Hardbody, The Magic Show, The Crucible on Broadway

Ana Villafañe – Starred as Gloria Estafan in On Your Feet! on Broadway. Currently starring in Collective Rage: A Play in 5 Betties off-Broadway.

Tony Award winner Cady Huffman will direct this exceptional cast.  Among her Broadway performing credits: The Producers (Tony, Drama Desk and Outer Critics’ Circle Awards), The Will Rogers Follies (Tony nomination)  Chicago, The Nance.  For Broadway Cares/Equity Fights AIDS, she recently directed the opening number for the “Gypsy Of The Year” competition, which raised $5 million.

All performers are subject to change.

“An all-female cast of this play, at this time, is relevant on so many levels,” said Schneider, who has served as campaign staff on several presidential campaigns along with her experience as a Broadway producer.   “The play also makes a powerful statement for the value of civic involvement. It’s also exciting that seeing a play can motivate action” she said.

Following the staged reading on September 16, The League of Women Voters will be on hand to help audience members register to vote or update their voter information in advance of the November 6 Midterm elections.

Twelve Angry Men was adapted from Reginald Rose’s 1954 teleplay of the same name for the CBS Studio One television series. The success of the made-for-television courtroom drama resulted in a film adaptation directed by Sidney Lumet. Twelve Angry Men was Lumet’s first feature film, and the only producing credit for Henry Fonda (who also starred in the film). Viewed as a classic, the film was nominated for three Academy Awards, including “Best Director,” “Best Picture,” and “Best Screenplay.” The Broadway debut of Twelve Angry Men came 50 years after CBS aired the play, opening on October 28, 2004 at the Roundabout Theatre Company’s American Airlines Theatre where it ran for 328 performances and was nominated for three Tony Awards, including “Best Revival of a Play,” “Best Actor in a Play,” and “Best Direction of a Play.”
In the story, a 19-year-old man has just stood trial for the fatal stabbing of his father. It looks like an open-and-shut case – until one of the jurors begins opening the others’ eyes to the facts. Sequestered in a small room, each juror reveals their own character as the various testimonies are re-examined, the murder is re-enacted and a new murder threat is born before their eyes. Tempers get short, arguments grow heated, and the jurors become Twelve Angry Men.

For tickets and information: www.12WomenNYC.com