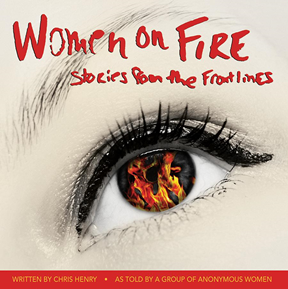 Kathleen Chalfant, Elizabeth A. Davis, Laila Robins and Mary Testa Are Women on Fire: Stories from the Frontlines

Kathleen Chalfant, Elizabeth A. Davis, Laila Robins and Mary Testa Are Women on Fire: Stories from the Frontlines 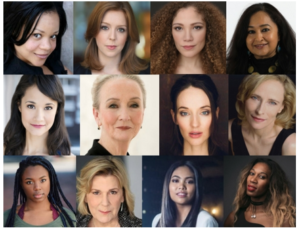 Royal Family Productions, a non-profit theatre company known for its innovative productions and development of new original work, presented a benefit staging of an original series of monologues entitled Women on Fire: Stories from the Frontlines, written, curated, and directed by Royal Family artistic director Chris Henry that was highly successful. These stories were told to her by a group of anonymous women. The success of the one-night only event has spurred Royal Family to extend the show from May 11-21 at the Royal Family Performing Arts Space (145 West 46th Street, 3rd Floor).

“One night, I was watching the news. For what seems like the millionth time since November 2016, I was devastated. It felt like this was never going to stop. The country that I knew, was being destroyed from the inside, and no one could do anything to prevent it. The rot that was always under America was bubbling to the surface. I felt so angry and hopeless, and I yelled, ‘I’m going to set myself on fire in front of the White House.’ My partner responded, ‘Isn’t there anything more productive you could be doing other than self-immolation?’ I decided to create a piece of art where women from all different points of view would be represented in a safe space. It seems like both sides are constantly screaming at each other and there is no real communication happening. I was lucky to have many women share their stories with me. The piece is just a start. A small pebble in a giant ocean of stories.” Chris Henry

Royal Family stablished in 2007, mission is to galvanize the Times Square community by cultivating raw talent, collaborating with seasoned artists, and inspiring audiences with a diversity of lion-hearted theatre. To us, everyone in the theatre community is not only royalty, but family. Our programs and productions lift artists at all stages of their careers. We don’t want to tell just any story: we want to best serve artists in telling their own stories. In today’s political and social climate, it is also more important than ever to celebrate all voices—especially those underrepresented in the traditional theatre space. At Royal Family, we celebrate the work of female artists, playwrights of color, works with LGBTQIA themes, and artists of all ages and body types.

Royal Family is led by Artistic Director Chris Henry. Over the past ten seasons, Henry has produced over 550 performances, created 1,900 employment opportunities for artists, been twice nominated for the Zelda Fichlander award from the Stage Directors and Choreographers Society, and won the New England Theater Conference Regional Directors Award. Jessica Wu is Associate Artistic Director of Royal Family Production.

Tickets can be purchased by clicking www.RoyalFamilyProductions.org