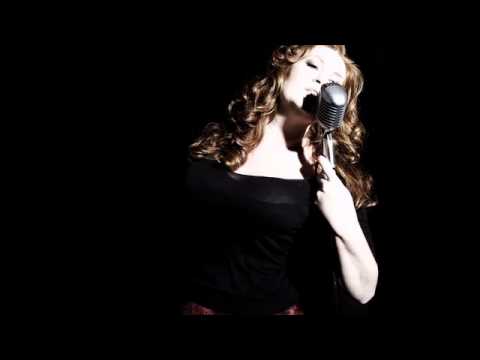 Now in its fourth year of operation, and its second season as a Resident Company of Playwrights Horizons, Musical Theatre Factory (MTF), announces its full season of programming for the 2017-2018 Season.

When looking toward the 2017-28 Season, Founding Artistic Director Shakina Nayfack offered the following:

“We dedicate our 2017-18 season to the memory of Michael Friedman, a brilliant composer-lyricist and a beloved friend and colleague to many of us at MTF. Michael frequently advised and mentored our members, and was fond of saying how angry he was that Musical Theatre Factory didn’t exist when he was getting his start. This year our Development Residency series will be exposing the struggles that define us as individuals, communities, families, and friends. As Michael taught us, “everybody’s singing a different song, but if they all fit together then it can’t be wrong.”

The pinnacle of MTF programming, a Developmental Residency offers creative teams of new musicals ten days of studio space, casting,administrative, and dramaturgical support to get new musicals up on their feet and in front of a public audience all at no cost to the artists.s. Developmental Residencies are overseen by a team of young producers participating in the Factory Producing Residency, awarded this season to KC Hur, Ali Jamali, Lianne Kennedy, and Maggie Snyder.

Music, Lyrics, and Book by

A rock and roll love story between two girls in a 1960’s Juvie Hall and the ensuing revolution that occurs when a group of delinquents learn how to form a community and become true American rebels.

SLEEPING IN THE GROUND

A darkly comic musical about dealing with death – and what it deals back.

1863, NYC. A former Irish jig champion and a young black step dancer risk everything in pursuit of the American Dream.

February Dates to be Announced

Two Asian brothers separated at birth struggle with culture, traditions and mortality in a fight to survive to be better than before.

March Dates to be Announced

At the height of internet fame, a hesitant transgender poet and ambitious lesbian singer embark on a cross-country tour that changes the life of a trans teenager in small-town Kentucky.

March Dates to be Announced

Presented in association with Village Theatre

The powerful story of an incarcerated man and an undocumented woman whose lives intersect on Hart Island, New York City’s resting place for unclaimed souls.

April Dates to be Announced

When a debilitating stroke destabilizes their fifty-year marriage, Wayne and Aggie cope by generating imaginary friends.

THE RIVER IS ME

June Dates to be Announced

In 1955 Money, Mississippi,a black boy dreams of becoming a superhero endowed with the powers of water in order to save his mother from daily violence. After a whistle and moonless night, the boy gets his wish and transforms.

A showcase of 15-minute staged segments from four new shows by up-and-coming writers. Each creative team receives five hours of rehearsal to workshop an excerpt of their piece with a cast of MTF member performers.

January, March, May Dates to be Announced

Informal open mic nights for new musical theatre songs.  These community-building events provide an open platform for all artists to share their work,and to seek out new collaborators.  The drop-in evening serves as a beginning point for new projects or a check-in for long gestating shows.

A showcasing opportunity for some of Musical Theatre Factory’s rising stars.

Dates To Be Announced

Drop-in song clinics and safe-space sharing forums devoted to showcasing emerging People of Color, Women, and Trans* Identified artists. In these monthly writers rooms, musical theatre creators each receive uninterrupted sharing time, with the potential for feedback and support. These commitment-free round tables seek to support underrepresented writers as well as provide an entry-point to other MTF Assembly Line programs

All at Playwrights Downtown

All at Playwrights Downtown

Musical Theatre Factory was founded by Artistic Director Shakina Nayfack in January 2014 as a collective for early-career musical theatre makers interested in changing the way new musicals are developed in New York City. The mission of the Factory is to develop and present new Musical Theatre works in a collaborative environment free from the pressures of critical or commercial success.  With a focus on peer-evaluation and process-driven volunteer support, MTF’s assembly line of development programming directly addresses the needs of today’s musical theatre artists and is intended to nurture new work from initial concepts to full drafts and, occasionally, first productions.

In its first three years MTF has assisted in the development of over 110 new musicals with more than 1000 volunteers contributing over 18,000 combined hours of service.  The organization has partnered with a number of other theatre companies throughout NYC, including Joe’s Pub at the Public Theatre, The People’s Improv Theatre, Poetic Theatre Productions, and Playwrights Horizons, where they are a participant in the Resident Company Program.

MTF members include some of today’s most exciting composers, lyricists, book writers, directors, choreographers, music directors, dramaturgs, performers, and arts administrators. The organization is overseen by General Managers Frankie Dailey and Joey Monda, with Creative Producer Aaron Glick serving as Chairman of the Board of Directors.