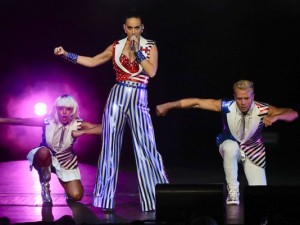 Over 6,000 people attended Radio City Music Hall last night for an “I’m With Her.” The rally featured Andra Day on-stage appearances by Katy Pery, Elton John, Jamie Foxx and Julianne Moore. Former President Bill Clinton and their daughter Chelsea were on hand to give brief accolades. 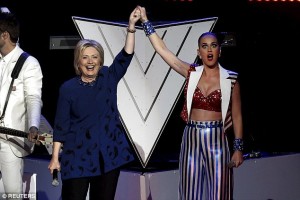 Katy Perry’s Roar is one of Clinton’s campaign anthems. Dressed in a star-spangled pantsuit the almost outshine Clinton she performed on a stage surrounded in by red-white-and-blue lights reproducing the American flag. I’m not voting for Clinton because she’s a woman, I’m voting for her because she’s the right person for the job.”“I sing this next song for her because I do believe this woman shows unconditional love,” as dedicated her rendition of Unconditional to Clinton. 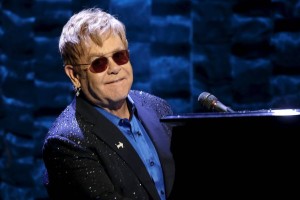 The three-hour concert also had Elton John, whose 30-minute set hits, including Tiny Dancer, won standing ovations. “This is a very important year for America, and she’s the only hope you have,” stated John as he dedicated his final song of the night, Still Standing, to a candidate in cannot vote for. 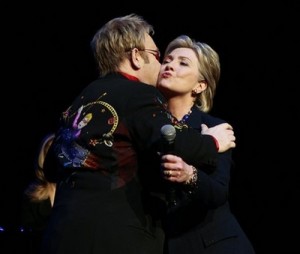 The concert, benefited the Hillary Victory Fund, which was sponsored by donors who have given more than $100,000 each to Clinton’s campaign. The performers are expected to donate their performance fees as well to the campaign. No one is saying just how much money the concert raised. 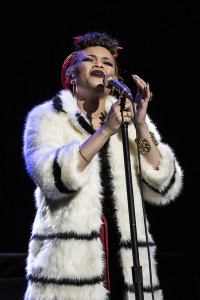