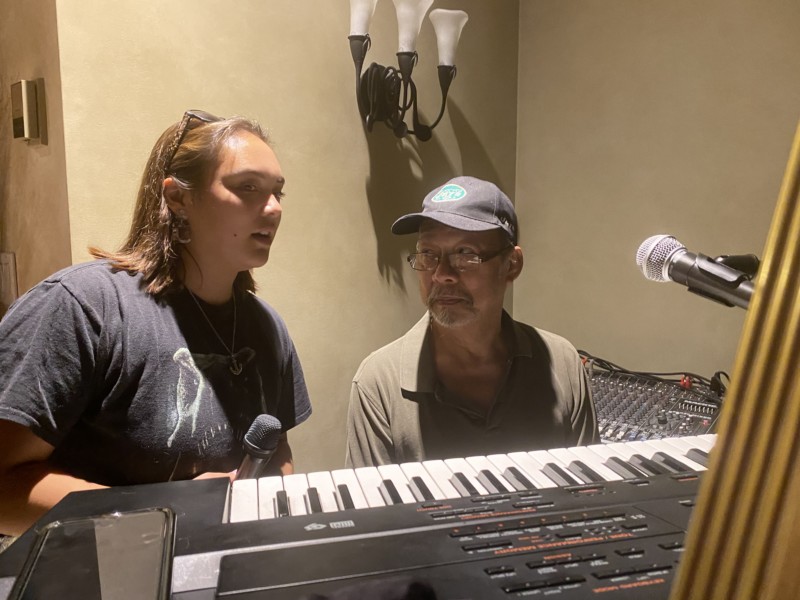 Once again I had the privilege to sit in on a vocal rehearsal of Special 3K, this time with Kayla Merrow and Bobby DeLeon, her vocal coach and musical director.

Besides working on numbers from the upcoming Special 3K show, Kayla was working on “Never Enough” from The Greatest Showman.

Kayla, is a newcomer to the business. She most recently appeared in The Actors Fund benefit concert celebrating the music of Neil Sedaka with Kara and Kea, her collaborators of Special 3K. This 19-year-old professional actor/singer/dancer is still in college, but is competing for professional jobs. She performed as a guest singer in several shows and competitions. Some of her favorite roles have been portraying the fabulous Reno Sweeney in Anything Goes, and the mysterious Wednesday Addams in The Addams Family Musical. She really looks forward to learning and gaining new experiences in the near future when the industry opens back up.

The virtual Live Special 3K concert, Looking Toward Tomorrow is available via a $25 ticket purchased from https://metropolitanzoom.ticketleap.com.

Kayla will make her professional debut as part of Special 3K with Kea Chan and Denise Kara on August 7that 7pm EDT on the virtual nightclub site, Metropolitan Zoom.