Kea Chan A Performer To Keep Your Eye On

Kea Chan A Performer To Keep Your Eye On

Since her arrival in America a year ago from her native Philippines, 22-year-old Kea Chan, has made her mark. She was a finalist for the lead role of Kim in the current Broadway production of Miss Saigon. She was cast as the lead in a local touring Children’s Musical, Why Did the Chicken Cross the Street?, and was featured on the new LA based web series, Bronx SIU. Kea played an Asian gambling hostess having an affair with the Mayor. Kea performed in Scott Siegel’s Broadway’s Greatest Hits Show at Feinstein’s/54 Below and Mercedes Ellington’s production of Triple Threats Latin Style at the famous Friars Club; had two special guest appearances at the Metropolitan Room, appearing in the musical Birthday Salute to Bernie Furshpan (where she performed the operatic Nessum Dorma to a huge ovation) and at The Charlie Romo and Guests concert. She has sung at Jim Caruso’s Cast Party at Birdland; was a special guest performer at the 2017 Filipino American Festival in Leonia, NJ; and performed periodically at Le Jardin in Edgewater, NJ. Currently you can catch Kea as the featured singer every Thursday evening alongside pianist/singer, Al Deleon at Nino’s Restaurant on New York’s Upper East Side. 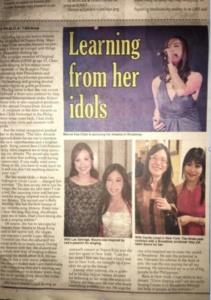 Kea has been a professional singer/performer since the age of 11, when she won the coveted Philippine Child Performer of the Year Award at the age of 13 (see video). Kea was the ‘Opening Singer’ (twice) in Singapore for the “Asia’s Greatest Parade” (their version of our Macy’s Thanksgiving Parade); was Star Performer at the “Children’s Music Festival” in Hong Kong; and numerous times was a soloist singing the Philippine National Anthem for the prior President of the Philippines at the Presidential Palace in Manila. Before her residence in America, Kea was flown to Las Vegas and Los Angeles as a guest star vocalist for the American Heritage Foundation & Philippine Nurses Association of America events. 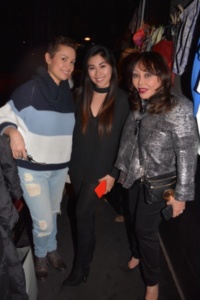 Kea currently resides in New York City and is developing her own show to tour the USA, while auditioning for TV, Film and Theatre. 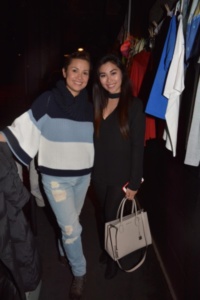 I heard Kea during Thanksgiving and this girl has an unreal range singing opera, musical theatre and pop with equal aplomb. I invited Kea as my guest when I went to see Once on This Island, as Lea Salonga is Kea’s idol.

This is one talented performer to watch out for.