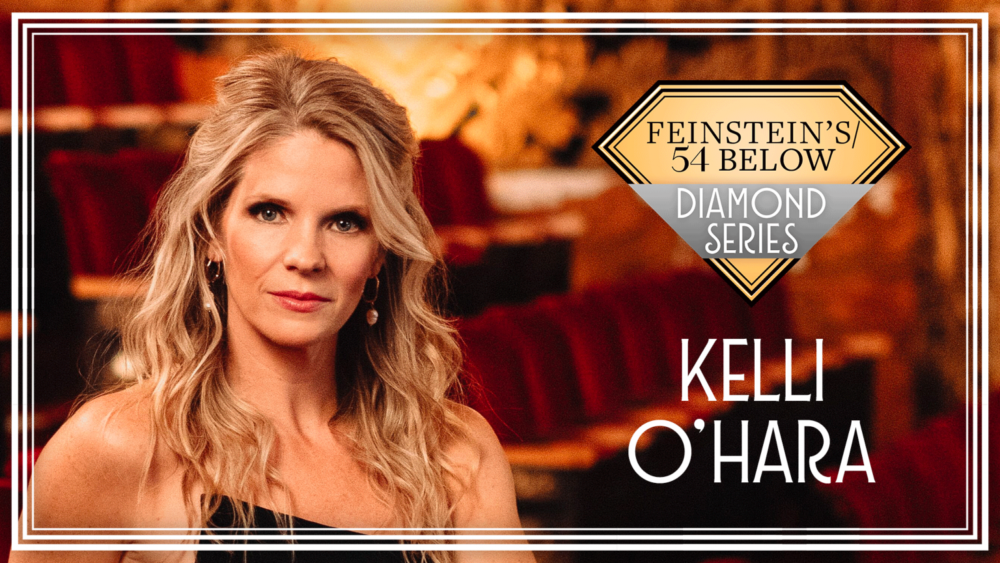 Tony Award winner Kelli O’Hara will launch the Feinstein’s/54 Below Diamond Series with performances September 28 to October 3. This new week-long residency features concert-length performances by some of the most luminous talents on Broadway matched with specially curated dinners in our elegant supper club. To ensure an intimate, comfortable and never to-be-forgotten experience, seating will be limited.  Tickets start at $300 and can be purchased at www.54below.com/kelliohara.

Tony Award® winner and Emmy and Grammy nominee Kelli O’Hara brings her glorious voice, irresistible stage appeal, and radiant personality to Broadway’s Supper Club with an evening of songs from the Great White Way, her celebrated career, and favorites from her personal repertoire. Hailed by the London Sunday Times as “Broadway musical’s undisputed queen,” Kelli O’Hara is one of the theater’s most sought-after and acclaimed leading ladies. Her portrayal of Anna Leonowens in the critically lauded revival of The King and I garnered her the 2015 Tony Award® for Best Leading Actress in a Musical before she reprised the role in the West End and Tokyo to rave reviews. Most recently, she starred in the Broadway revival of Kiss Me, Kate, garnering her 7th Tony Award® nomination. Upcoming, Kelli can be seen as one of the stars of the new HBO series “The Gilded Age.” She is also shooting season 3 of “The Accidental Wolf” for which she was nominated for an Emmy Award.

The following special guest performers will join Kelli as noted, with additional guests to be announced:

Guests will be greeted with a welcome drink and hors d’oeuvres prior to a three-course dinner and an up-close and personal performance. Following the show, guests are invited to linger and savor their evening in the warm and stylish environs of Feinstein’s/54 Below.  The cost of dinner, the concert, tax, and tip is included in the ticket price, with additional alcoholic beverages billed separately.

The Diamond Series will feature an exclusive menu created by Consulting Chef Harold Dieterle, best known to foodies everywhere as the Season 1 winner of Top Chef. Chef Dieterle’s prior restaurants include Perilla, The Marrow, and Kin Shop, which received a two-star rating from the New York Times. Presiding over the kitchen and leading the culinary team on a nightly basis is Chef de Cuisine Jonathan Mecca.  To view the menu for this event, visit https://54below.com/diamond-menu/.