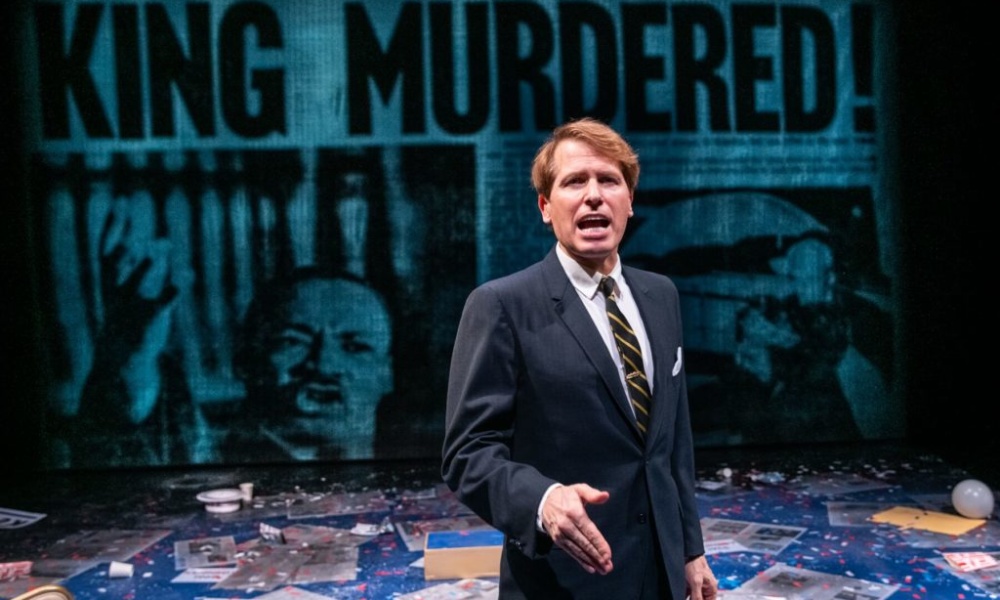 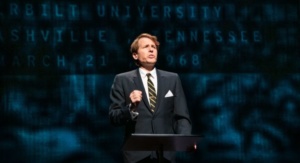 David Arrow’s brings back the legacy of Kennedy: Bobby’s Last Crusade. This one-man biodrama, is one sided on facts and short on emotional impact. In order to give a truthful picture of the man, his faults must also be included, not brushed aside. Flawed individuals are much more interesting.

We meet Robert F. Kennedy (1925-1968), after he has been killed, as he try to figure out why happened to him, by going down memory lane. Kennedy played by Arrow reminds us of his speeches that lead to his being the Democratic nomination. His speeches appeal to the poor, African American, Hispanic, Catholic and young voters of the day. His main challenger Senator Eugene McCarthy, actually never stood a chance. Shortly after winning the California primary around midnight on June 5, 1968, Kennedy was shot by Sirhan Sirhan, a 24-year-old Palestinian, allegedly in retaliation for his support of Israel following the 1967 Six-Day War. Kennedy died the following day. 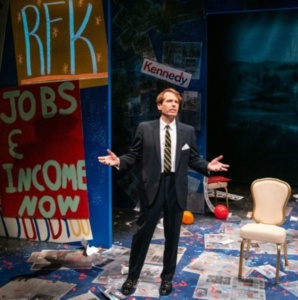 After winning the 1960 presidential election, President-elect John F. Kennedy appointed his younger brother attorney general. The choice was controversial, as he had no experience in any state or federal court. Kennedy pursued a relentless crusade against organized crime and the Mafia. Disagreeing on strategy was FBI Director J. Edgar Hoover. Bobby, was a golden boy of 1960s liberalism, when the country was in turmoil over the Vietnam War. He was friends with Dr. Martin Luther King and his assassination effected him deeply. Yet he wiretapped his telephone and approved of 600 other wiretaps. 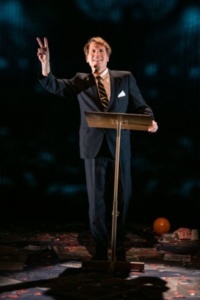 Bobby was said to be the gentlest and shyest of the family, as well as the least articulate orally. He was also the father to 11 children.

Not mentioned in this drama is the rumored affairs with Marilyn Monroe, Lee Remick and Kim Novak. Instead we are kept to the glossy liberal speech’s.

Arrow, looks like Bobby and has some of the charisma, but misses on his vocal intonation. He is too high pitched with his accent going in and out. Vocally he is annoying.

Kennedy: Bobby’s Last Crusade will appeal to those who do not know the history of this, but will younger audiences even know who Bobby Kennedy is? You would think they would, but in asking some of the millennial’s I know, none of them knew who he was. Sadly the issues that propelled Robert Kennedy to speak out still exist and will continue to do so until this divided country learns to communicate.