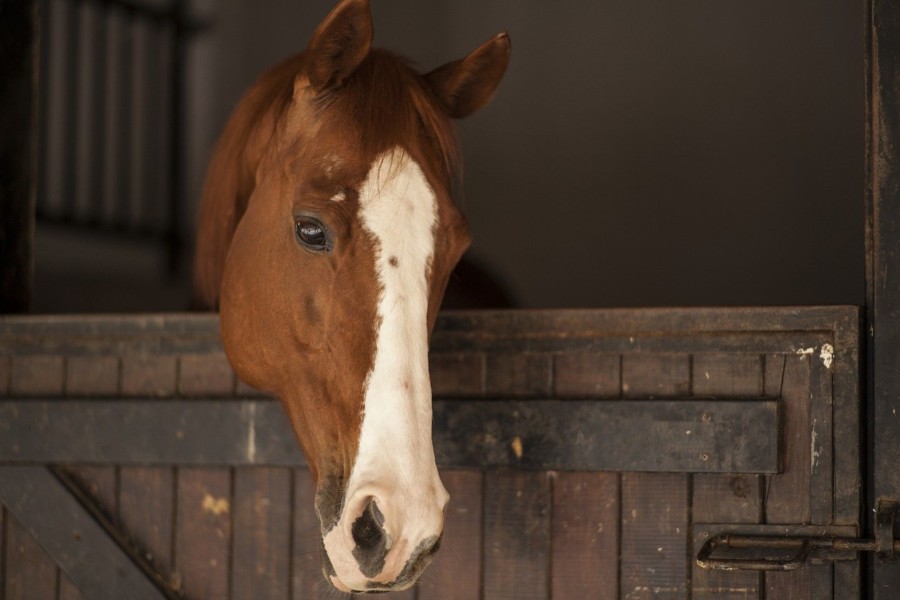 Since 2013, the Kentucky Derby has used a points system to determine which twenty horses are eligible to enter the big race.

A horse earns points by running in pre-Kentucky Derby races known as “prep races,” the most prestigious of which award 100 points to the winner. These prep races contribute to the expert picks for Kentucky Derby weekend, since they show form and different abilities to thrive in specific conditions.

Let’s take a look at each of the horses who have earned at least 100 points, and discuss some pros and cons of each.

Epicenter had already gained enough points to enter the Derby with his victory in the Grade II Risen Star Stakes, but he added icing to the cake with a decisive win in the Grade II Louisiana Derby. His sire, Not This Time, is rapidly becoming one of the hottest sires in America.

Biggest Pros: Although the competition in the Louisiana Derby came up a bit light, no one can say that about his victory in the Risen Star, which came over leading contenders Zandon and Smile Happy. His speed figures show that in his last four races- all stakes- he has been incredibly consistent.

Biggest Cons: Not many, although some may worry that this Derby’s pace scenario will see him cooked out on the front end. However, he showed the ability to rate in the Gun Runner Stakes and the Louisiana Derby.

This son of Upstart, trained by Chad Brown, overcame a lot of trouble to win his maiden last October. He followed that victory with a nose loss to Mo Donegal in the Grade II Remsen Stakes and a game third to Epicenter and Smile Happy in the Risen Star Stakes before stamping his ticket to Louisville in the Grade I Blue Grass Stakes at Keeneland.

Biggest Pros: Few horses in this field have shown the ability to overcome trouble in a race the way that Zandon has. His two career victories involved him hitting the gate, being bounced around in traffic, and having to recover from being pushed back to last.

Biggest Cons: His pedigree isn’t the most illustrious. Both Zandon’s sire, Upstart, and damsire, Creative Cause, were a cut below the best of their generation as runners, and have yet to establish themselves in the breeding shed.

White Abarrio distinguished himself as a Derby contender with a third in the Kentucky Jockey Club Stakes over the Churchill Downs surface as a two year old. The son of Race Day then defeated Mo Donegal in the Grade III Holy Bull Stakes before winning a very competitive edition of the Grade I Florida Derby.

Biggest Pros: Like Epicenter, White Abarrio has not ducked competition. Horses he has defeated this year include two horses on this list, Mo Donegal and Tiz the Bomb.

Biggest Cons: All of White Abarrio’s victories have come at Gulfstream Park; his lone race elsewhere resulted in his sole career loss. Similarly, trainer Sadie Joseph Jr has a stellar record in Florida but his form in other states has been lacking.

Mo Donegal, by leading sire Uncle Mo, earned his 100 points by running down Early Voting in the Grade I Wood Memorial. He had won the Remsen Stakes at two before disappointing as the favorite in the Holy Bull Stakes behind White Abarrio and Simplification.

Biggest Pros: Mo Donegal’s trainer, Todd Pletcher, has proven himself in the American Triple Crown races, winning the Derby twice. His regular rider, Irad Ortiz Jr, is regularly one of the top riders in the nation.

Biggest Cons: Like White Abarrio in Florida, all of Mo Donegal’s victories have come in New York. He was all out to defeat Early Voting, a horse who, while undefeated, had previously only raced twice.

Tiz the Bomb’s eight career starts make him by far the most experienced of the hundred point horses. A son of Hit It A Bomb out of a Tiznow mare, Tiz the Bomb was briefly considered for the English Triple Crown races before a victory in the Grade III Jeff Ruby Steaks put him officially on the Derby trail.

Biggest Pros: This horse is long on experience and versatility. Last fall, he ran second against some of the world’s best two-year-olds in the Breeder’s Cup Juvenile Turf (where he was considered a winner for betting purposes).

Biggest Cons: Tiz the Bomb has been consistently good on grass and synthetic surfaces (as the Jeff Ruby Steaks is run on), but his only stakes attempt on the dirt was a bad seventh in the Holy Bull.

Cyberknife has been a bit of a late developer as far as Triple Crown hopefuls go. The son of Gun Runner took the Grade I Arkansas Derby over the heavily favored filly, Secret Oath.

Biggest Pros: Being by Gun Runner out of a Flower Alley mare suggests that ten furlongs is a very feasible distance for this colt. His trainer, Brad Cox, is one of the hottest trainers in the business.

Biggest Cons: This edition of the Arkansas Derby was not the strongest, with only Secret Oath and Un Ojo having previous stakes wins. Cyberknife’s only previous attempt in stakes company was a lackluster sixth in the Grade III Lecomte Stakes.

The Japanese-bred Crown Pride beat an international field in the UAE Derby. The son of Japanese graded stakes winner Reach the Crown (JPN) had previously won a stakes race in Japan.

Biggest Pros: The UAE Derby is run at 1 3/16 miles, so distance should not be an issue for Crown Pride. Unfamiliarity with the betting public may lead to this horse is a big price on Derby Day.

Biggest Cons: No UAE Derby competitor- on indeed any horse who has ever run in Asia- has ever even placed in the Kentucky Derby. That much travel and change is a lot to ask of a young horse.

Biggest Pros: Having won at six furlongs and at 1 ⅛ mile shows versatility, speed, and stamina. Jockey Mike Smith is no stranger to the Triple Crown, having won all three races aboard Justify.

Biggest Cons: Taiba has a serious lack of experience, having run only twice in his life. He will face more horses in the Derby than he has ever faced throughout his career.