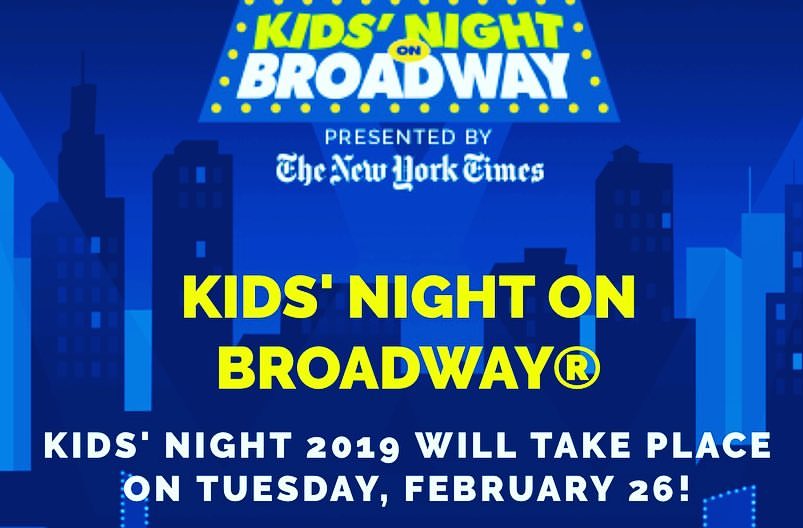 The Broadway League announced that 15 Times Square area restaurants will be participating in the 23rd Kids’ Night on Broadway, taking place Tuesday, February 26, 2019. Each eatery will offer specials for Kids’ Night on Broadway ticket-holders, including free entrees for young theatregoers. Check KidsNightonBroadway.com for more dining details, as well as parking offers.

Kids’ Night on Broadway will also take place in multiple cities around the country, with different shows and venues putting their own spin on the event on several dates throughout the year. Check KidsNightonBroadway.com for specific dates and locations.

A program of The Broadway League, Kids’ Night on Broadway, is generously presented by The New York Times with additional support from Westchester Family.