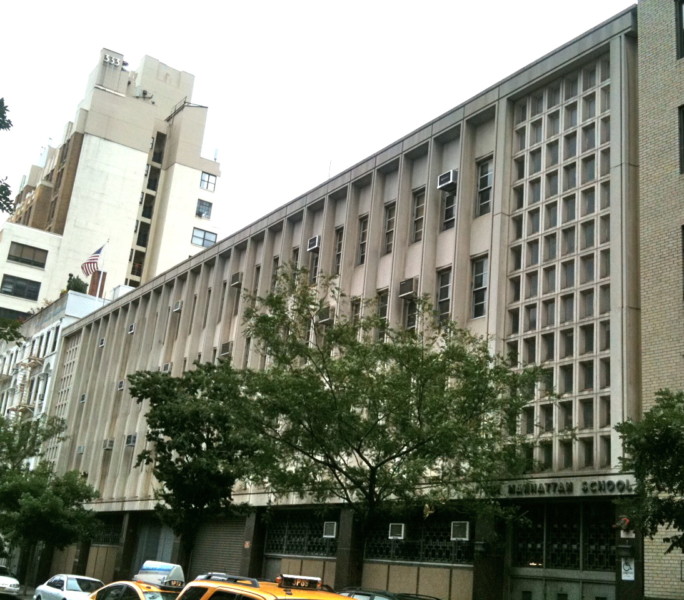 Four teenagers ages 15, 16, 17 and 18, were stabbed by a schoolmate in broad daylight. The 16-year-old attacker had been in a fight with the 15-year-old victim last week and both were suspended from P.S. 35. It was the students first day back at the school following their suspensions from P.S. 35.

The stabbing took place outside 317 W. 52nd St., near Eighth Avenue, about 1:40 p.m., an NYPD spokesman said. The 15-year-old was stabbed twice and was in surgery Wednesday afternoon, at New York-Presbyterian/Weill Cornell Medical Center. The 16-year-old was stabbed in the stomach and back, the 17-year-old was sliced in the ear, and the 18-year-old’s left arm was wounded.  One of the boys fled toward Eight Avenue but collapsed outside 888 Eighth Ave.

Police recovered a knife in a backpack at the scene, but the attacker is still at large. There was blood all over his shirt. He was in a lot of pain, groaning. He was all hunched over. They put him on a stretcher and took him. It was a sad sight,” the worker said.