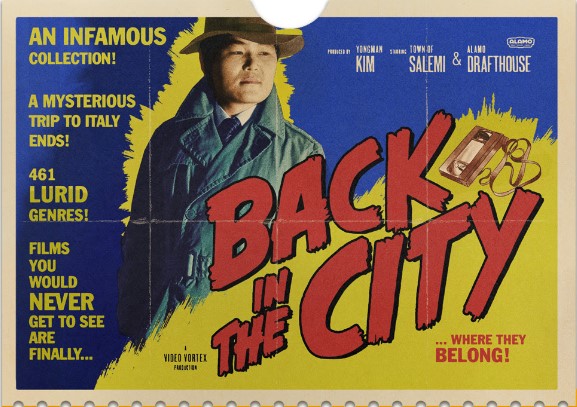 More than a decade ago, a trip to Austin, Texas, for the now-defunct Film Festival yielded a visit to a local Alamo Drafthouse. Impressed with its true film fan ambience, the theater seemed like a cinephile’s dream. Another place that was a dream for film fans and video viewers was the late Kim’s Video, a must-visit store on St. Marks.

Before the corporate scourge of Blockbuster standardized video stores making them devoid of movies too subversive, queer, foreign, or just remotely interesting, there were independent video stores which their own curation and feel.

And few video stores could hold a candle to Kim’s Video. Comprising several locations throughout the city (but mostly in the East Village), Kim’s Video was one of the all-time great moving-picture centers. It was the kind of place where Russ Meyer and Ingmar Bergman sat side by side. You not only could find cool films to view, hardcore fans had a community center in which to meet. And Mondo Kim’s, the St. Mark’s Place location, was down the block from where Joey Ramone lived.

Despite having a collection of over 50,000 films, it wasn’t enough to keep the doors open and the original Kim’s Video closed in 2012 after 26 years in business, with the library of films being moved intact to the town of Salemi, Italy. There it remained for years until the Alamo Drafthouse saw fit to buy and bring it back to the States.

After the new Kim’s Video’s invite-only grand re-opening on March 31st — includes a rare public appearance by Youngman Kim himself — it will again be available for the public. There at Alamo Drafthouse, the films will also be available for rental from the theater.

To learn more, go to: https://drafthouse.com/nyc/theater/lower-manhattan