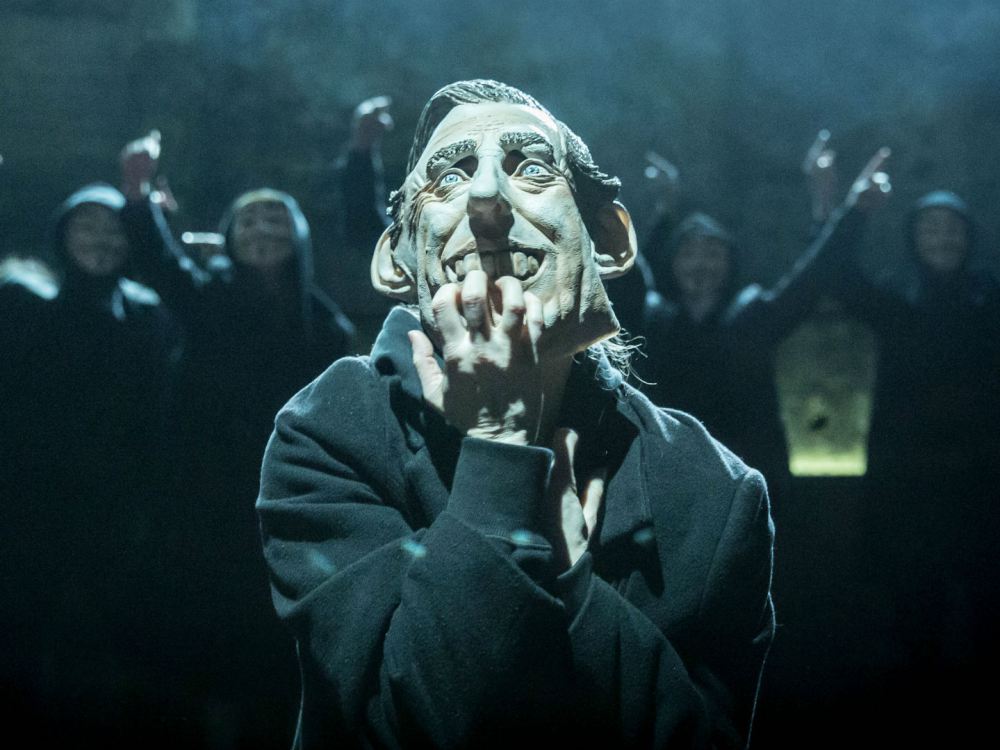 Mike Bartlett’s King Charles III is like an adult fantasy done Dr. Seuss style (iambic pentameter) with a plot that makes no sense. 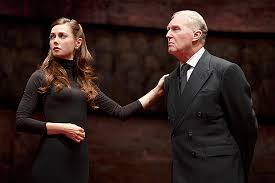 Set in Buckingham Palace the set by Tom Scutt looks more like the Tower. We have time lapsed into the future starting with a funeral for the queen, where all the actors are dressed in black (and I was so hoping for great costumes….not! At least until the second act. Again by Tom Scutt). Charles’s wife, Camilla (Margot Leicester); his sons, William (Oliver Chris) and Harry (Richard Goulding); and his daughter-in-law, Kate (Lydia Wilson); as well as a ghostly Diana (Sally Scott) have gathered. The former Prince Charles (Tim Pigott-Smith) wanting to use his power for the good, defies Parliament before being crowned by refusing to sign a bill, thus triggering betrayals and every Shakespeare play in the book. Camilla, is like that overbearing mother who says anything and everything to keep her son/ husband happy. Prince Harry wants to escape the prison of nobility and have a normal life with Burger King’s. He is Prince Hal from Henry IV. William is Hamlet, Kate, Lady Macbeth and Charles, King Lear. 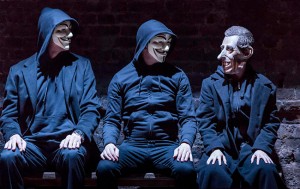 The thing that keeps this play going is Charles’ refusal to sign a bill that has already passed in Parliament. The bill limits the rights of the press, but also the freedom of speech. Now since Diana, was killed while fleeing the paparazzi you would think this would not be an issue. We never learn why he thinks this is so bad, but more importantly after he goes against Parliament the people turn on him. Again this makes, no sense. Why would the populace go after the one who is trying to keep their freedoms? Also in the beginning of the second act the costumes are taken from the hacking group anonymous and again that makes no sense.

Going against the prime minister (Adam James), which sets the wheels turning. The betrayals start with the leader of the conservative opposition party (Anthony Calf). It is these men who rule and Charles the would be figurehead who wants to go behind the curtain.

The most interesting scenes come from Harry and socialist art student, Jess (Tafline Steen), whose life as a commoner is all that Harry wants. Things heat up when Kate, realizes if things go the way they are going there might not be a throne for her, her husband or her children. 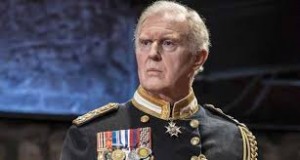 Tim Pigott-Smith, is sure to be nominated for a Tony. His performance is layered as a man undone. I personally loved the performances by Ms. Steen, Mr. Goulding and Ms. Wilson. This whole cast is simply marvelous. 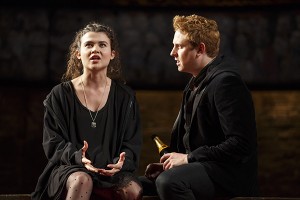 Maybe, I am not so mesmerized by the Brits, especially Charles. Maybe, if I was going to hear iambic pentameter, I’d rather read the book. Maybe, the King has no clothes and I just can’t buy the Kool-Aid.