Back in business after a near two year hiatus, Steppenwolf Theatre Company’s winning new dramady, King James, is a must see for more than just rabid sports fans. Truth be told, I had many a friend snicker when I told them I was going to see a new sports themed play debuting in the Windy City. The sporting world may not be my area of expertise, but even I have been an active participant, joining the throngs of enthusiastic fans on crowded sidewalks enjoying parades for the local winning Cubs, Bulls and Blackhawks. Written by ensemble member Rajiv Joseph and featuring a top notch dynamic duo; ensemble member and Artistic Director, Glenn Davis, and Abbott Elementary’s Chris Perfetti, making his Steppenwolf debut. The unlikely friendship fuels the very relatable action at the show’s heart.

Directed by Tony Award-winner, Kenny Leon, I believe this show is only beginning to take flight, originating  here on the Chicago stage. If this World premiere production doesn’t soon transfer to Broadway, that would be an inexcusable “foul” where audiences would be the ones in the penalty box for missing this delectable hit. With a season two renewal of the hit ABC sitcom, Abbott Elementary, this could easily be staged next summer during Perfetti’s hiatus. That worked well several years ago for both actors Sean Hayes of Will and Grace fame and The Big Bang Theory’s Jim Parsons. Those details can be sorted out by agents and producers, for now, Chicagoans can sit back and enjoy a funnier than it needed to be tour de force romp. 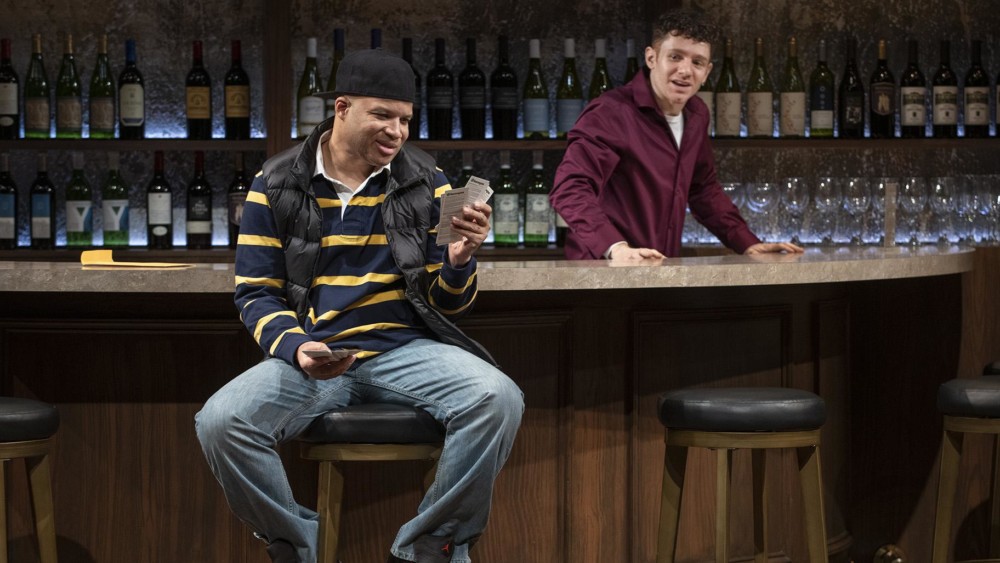 Beginning in a neighborhood pub, 2 strangers, a down on his luck bartender and a fan looking to buy championship tickets from him, forge an unlikely friendship over their shared love for all things sports. Specifically their affinity for player “King” LeBron James. For a little backstory on the illustrious player, LeBron Raymone James signed a $90 million sponsorship deal with Nike at age 18, making him the highest paid player at the time. All Ohio was behind him until signing with Miami in 2010 turned him from hometown hero to villain overnight. Four years later, Brown returned to Cleveland where he lead the Cavaliers to four straight NBA Finals appearances. Brown became the only player in the NBA to ever win an NBA Championship with three different franchises as the Finals MVP. However, this really is the B story plot point. The A Story focuses on the men and their unique bond. 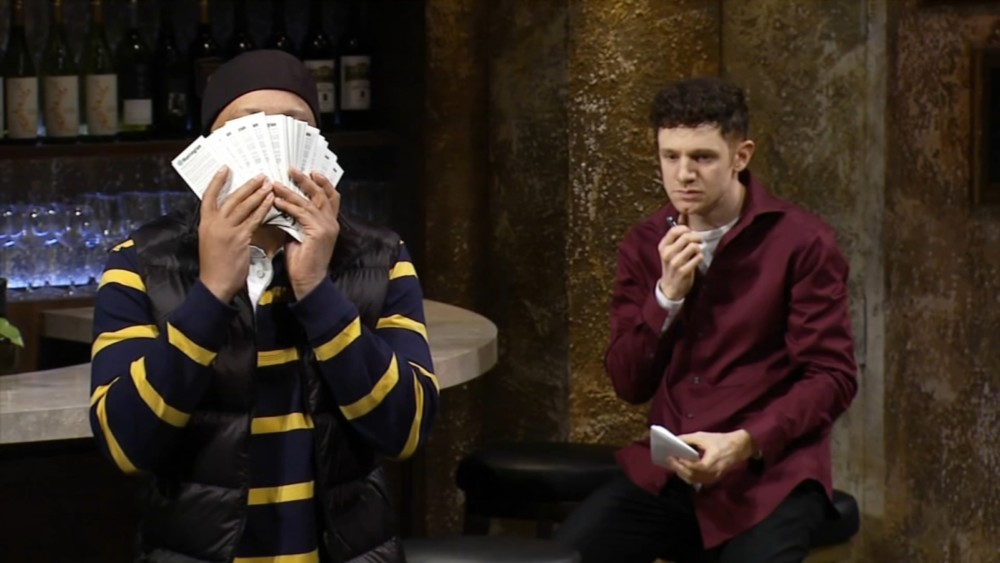 Set at various points over a decade, the real “meat and potatoes” of the narrative is the pendulum that swings between the two men. Sports fandom aside, neither proved simultaneously professionally successful. Todd Rosenthal’s incredibly detailed set design will astound. From the initial bar setting to a second hand store both thriving, then on the verge of closing, the actors are well served by their surroundings. Samantha C. Jones’ real world costuming added subtle depth as to the character’s status as well. As writer Shawn, Davis demonstrates landing his dream gig, a Hollywood television writer, isn’t as golden as it outwardly appears. Being the only man of color on the writing staff, developing stories for a vapid Cop Drama isn’t fulfilling his soul as he had hoped. Perfetti counters with self-esteem issues and a terse relationship with his (offstage) parents, then jealousy as his friend Shawn effortlessly bonds with both of his friend’s parents right under his nose. Spoiling nothing, their story’s ending is as satisfying for the audience as it was for both character. 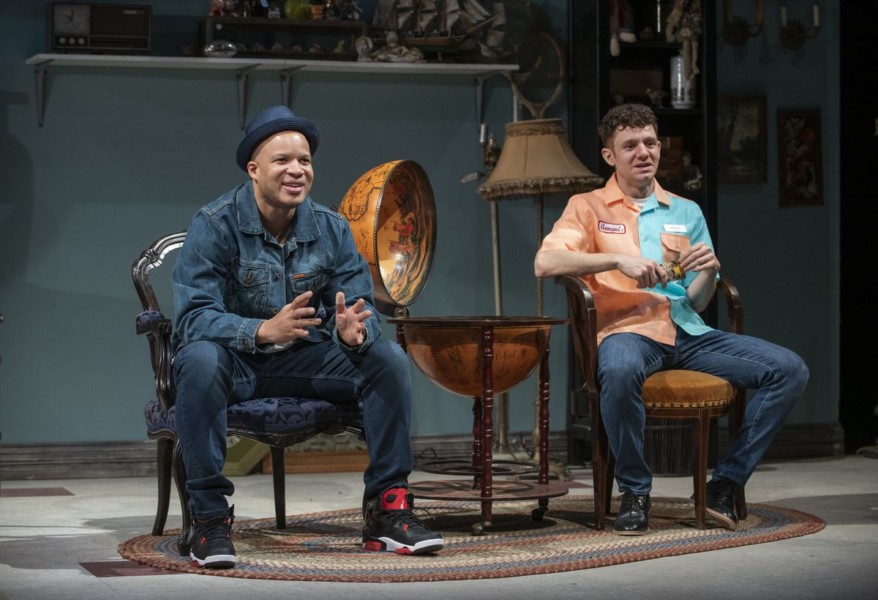 Not only do I recommend this show, I highly recommend arriving early as pre-show DJ Khloe will have you tapping a tow and smiling from ear to ear before the first words of dialog are ever uttered. It is my understanding there is a rotation of DJ’s during the show’s run. The night I was there, I fell instantly under her spell. Just a reminder, proof of Covid-19 vaccination cards and mouth and nose covering masks are still a requirement for audience members. To use a basketball analogy, the Steppenwolf debut of King James is truly nothing but net!

King James is now playing at Steppenwolf Theatre through April 10, 2022