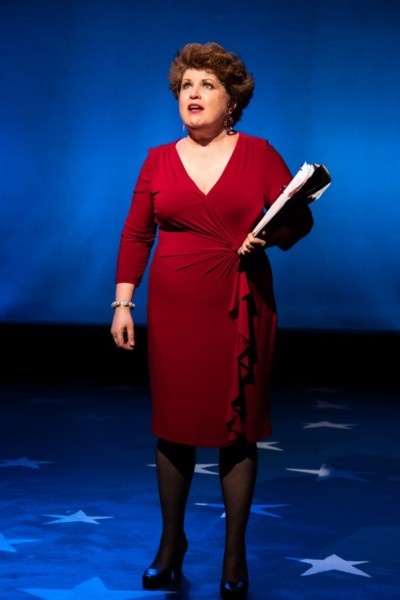 Closing out the 2019 Fall Mufti series is Panama Hattie, the 1940’s hit musical and 1942 MGM film. This was With Cole Porter’s and Ethel Merman’s fourth hit, yet Ann Sothern got the role in the film. The musical premiered on Broadway at the 46th Street Theatre and played 501 performances. It also starred Arthur Treacher (Fish and Chips), Betty Hutton, Joan Carroll, Pat Harrington (“Three’s Company” TV show). In the chorus June Allyson and Vera-Ellen got their start. The film also starred Lena Horne.

On The Best of Broadway series a broadcast a version of Panama Hattie was shown on CBS Television on November 10, 1954. Ethel Merman and Art Carney starred, but the show was cut drastically and other songs were used. You can now see this version at The Paley Center For Media Wednesday November 10th.

The only songs to last from this show are “Let’s Be Buddies,” “I’ve Still Got My Health,” and “Make It Another Old-Fashioned, Please.”

The story revolves around a brassy nightclub owner Hattie (The fabulous Klea Blackhurst), eager to make a good impression on her prospective stepdaughter Jerry (the adorable and star on the rise Kylie Kuioka). She spends three weeks’ wages on a elaborately frilly outfit. But when she arrives, Jerry makes fun of Hattie’s clothing and way of speaking. Feeling that her marriage is off to Steven (Stephen Bogardus), Hattie gets drunk on rum.

In the meantime Kitty-Belle (Zuri Washington ), the daughter of Admiral Whitney Randolph, wants to marry Nick, and she schemes to end his romance with Hattie.

Florrie (Anita Welch), a singer in the night club, develops a crush on Nick’s very proper butler Vivian Budd (Simon Jones). Jerry and Hattie finally become buddy’s. When Nick’s boss Admiral Randolph (Gordon Stanley) is to be presented with a cup, his daughter Kitty-Belle suggests that Hattie might present it filled with goldenrod. This gives Admiral hay fever; Hattie is blamed, and Nick is ordered not to marry Hattie.

Jerry is given a secret package to put in Nick’s desk. Hattie overhears the plot to blow up the Panama Canal finds the bomb and throws it out, saving the day. The grateful Admiral Whitney retracts his order and the sailors praise Hattie.

The reason to see this is the spectacular Klea Blackhurst who makes the most of this unforgettable book and music. As normal the cast is first rate and I give them credit for learning this as there is no proper recording of this show. In all the other productions, they subbed in other Cole Porter hits.

Directed by Michael Montel (Dear World, A Time for Singing, and 20 other Muftis!) and music direction by Deniz Cordell (Lolita, My Love), this show hums along.

You will be glad you saw this classic, but you will understand why a recording or revival has never been mounted.

Suzanna BowlingJune 18, 2021
Read More
Scroll for more
Tap
He Says: The Sound Inside is Quietly More Powerful Than the Loud and Frantic Rose Tattoo
The Lightning Thief – The Percy Jackson Musical Needs God Like Help