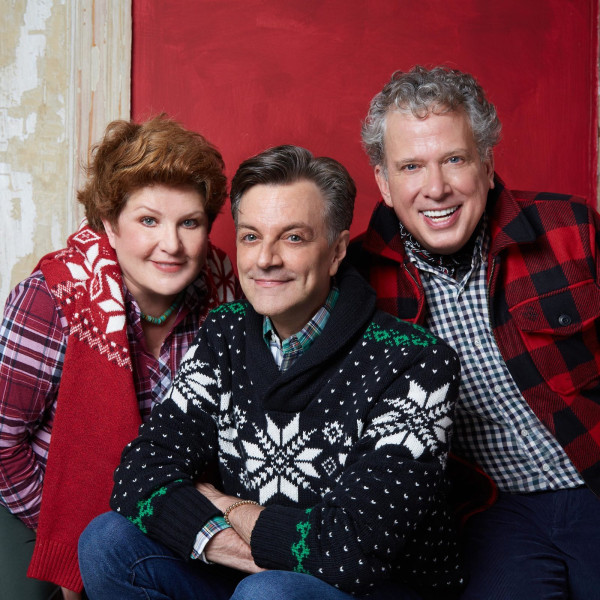 Birdland presents their 13th Annual “A Swinging Birdland Christmas” – starring Klea Blackhurst, Jim Caruso, and Billy Stritch – for six performances from Tuesday, December 20 to Sunday, December 25 at 5:30 PM. In the tradition of beloved seasonal specials, Blackhurst, Caruso and Stritch perform swinging arrangements of “The Christmas Waltz,” Kay Thompson’s “The Holiday Season,” “Sleigh Ride,” “I’ve Got My Love to Keep Me Warm,” “Snow,” and “It Happened In Sun Valley,” among other favorites. This year they will include a special tribute to the late Freddy Cole, the celebrated jazz/pop singer and pianist – and cherished member of the Birdland family – who recently passed away.  In addition to the trio of singers and Stritch on piano, the show features Steve Doyle on bass, and Daniel Glass on drums. There is a $35 music charge. Birdland is located at 315 West 44th Street in New York.

The trio released an updated version of their hit album Christmas at Birdland (Deluxe Edition)from Club44 Records with four new tracks. The album features guest arists Donny Osmond on vocals and Dave Koz on saxophone. The recording – hailed as “a tasty confection of a disc, loaded with joy, wit, and plenty of sass” by New York Arts Review – debuted at #2 on the iTunes Jazz Chart and hit #7 on the Billboard Jazz Chart. Drawing on their individual strengths, the production team of Billy Stritch and Wayne Haun bring the best of New York and Nashville together in this landmark recording full of musicality and versatility, familiarity and fun.

Klea Blackhurst is an actress, singer, and comedienne known for her award-winning tribute to Ethel Merman, Everything the Traffic Will Allow. She recently appeared Off-Broadway with Hayley Mills in the comedy Party Face, at City Center Stage 2. She starred as Miss Lemon in the Nashville premiere of The Nutty Professor, directed by the legendary Jerry Lewis and featuring a score by Marvin Hamlisch and Rupert Holmes. She’s performed with symphony orchestras and in theatrical productions across the country and abroad including the London Palladium presentation of Jerry Herman’s Broadway with Angela Lansbury, the Pittsburgh Symphony Orchestra tribute to Marvin Hamlisch, 15 Mabel Mercer Cabaret Conventions, New York’s Town Hall, Jazz at Lincoln Center, Carnegie Hall, The Chicago Humanities Festival and as Ado Annie in the BBC Proms concert of Oklahoma!  On television Klea has appeared in Ryan Murphy’s “Pose” and “The Knick” on Showtime. She spent two seasons on the IFC Channel comedy series “Onion News Network.” This season, Klea debuted her new show “One of the Girls: The Words and Music of Jerry Herman” at Birdland Theater.

Jim Caruso, is the host of “Jim Caruso’s Cast Party,” the wildly popular weekly open mic night that has brought a sprinkling of Broadway glitz and urbane wit to Birdland in New York City every Monday night since 2004. “Cast Party” has been seen at Jazz at Lincoln Center, across the country, and, most recently, on YouTube as “Pajama Cast Party.” Jim made his Broadway debut alongside Liza Minnelli in the Tony Award-winning Liza’s At The Palace!, singing, dancing and celebrating the music and arrangements of Kay Thompson and the Williams Brothers.  He has won six MAC Awards and eight BroadwayWorld Awards for his work in nightclubs, performed with the New York Pops in a tribute to Kander & Ebb, with Rosemary Clooney celebrating Bing Crosby, and sang the songs of Hope & Crosby with Michael Feinstein at Carnegie Hall. Jim was honored to sing with Barbara Cook, Lauren Bacall and a bevy of Broadway stars at President Clinton’s First State Dinner at the White House. He also books and produces the “Broadway at Birdland” concert series, and performs regularly with Billy Stritch at Bemelmans Bar at The Carlyle Hotel. Jim’s two albums, The Swing Set and Caruso Live and In Person, are available online.

Billy Stritch is one of the premier singer-pianists on the New York and national jazz and cabaret scenes. He began his career in Houston, Texas, where he formed the vocal trio Montgomery, Plant and Stritch. The trio performed all over the world from 1983 until they disbanded in 1990. A chance meeting with Liza Minnelli in 1991 resulted in her asking him to create vocal arrangements for Liza’s record-breaking extravaganza Stepping Out at Radio City. Billy recently toured with the legendary Tony Bennett as his pianist and musical director. A solo entertainer in his own right, he has performed his own shows (including tributes to Mel Tormé and Cy Coleman) across the country. Billy also serves as music director for such leading vocalists as Marilyn Maye, Linda Lavin, Linda Eder, Christine Ebersole and Paulo Szot. He is the co-writer of the Grammy Award-winning song “Does He Love You,” recorded by Reba McEntire and Linda Davis. The single reached the number one spot on the Billboard Country music chart, winning a Grammy Award and selling over five million copies. In August 2021, he celebrated his new solo album Billy’s Place from Club44 Records, with an engagement at Birdland.

The 13th Annual engagement of “A Swinging Birdland Christmas” for six performances from Tuesday, December 20 to Sunday, December 25 at 5:30 PM. There is a $35 music charge and a $10 food and beverage minimum. Birdland Jazz Club is located at 315 West 44th Street (between 8th and 9th Avenues) in Manhattan. For reservations, please call (212) 581-3080 or visit www.BirdlandJazz.com.

Stephen SorokoffNovember 9, 2022
Read More
Scroll for more
Tap
The Contributions of Drummer Josh Garza: How His Style Helped Define the Industry
Events In December Started In November But Run Until The End of the Year