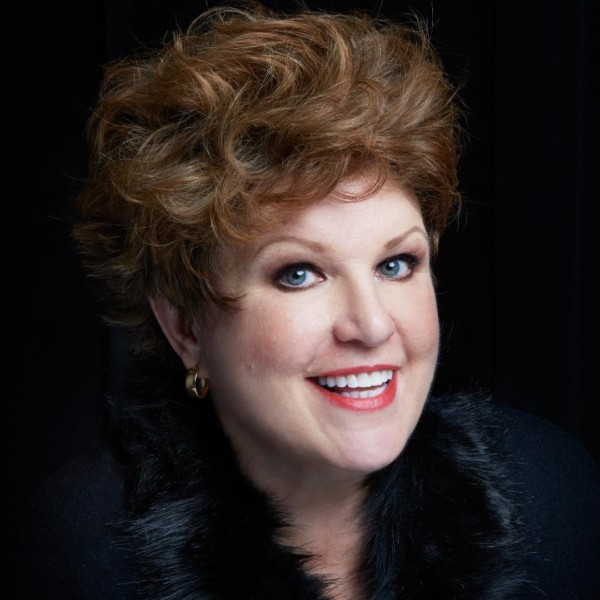 Birdland Theatre will present Klea Blackhurst: “One of the Girls: the Words and Music of Jerry Herman” for three shows from Wednesday, October 20 through Friday, October 22 at 8:30 PM. Blackhurst turns her long association with Broadway’s Jerry Herman into a brand new concert, her first new show in almost eight years. “One of the Girls” is produced by Denise Cooper, directed by Mark Waldrop, and features musical direction by Michael Rice, who leads the Pocket Change Trio.

Considered one of Herman’s premier interpreters, Klea officially became one of “Jerry’s Girls” when she starred in the 50th Anniversary Production of Hello, Dolly! at Goodspeed Opera House. But they were introduced years before, when Jerry heard Klea sing one of the cut Dolly songs written for Ethel Merman (the original choice to star in the show.) He immediately invited Klea to sing with the London Philharmonic at the Palladium and she’s been singing his songs with symphony orchestras across the country ever since.

“One of the Girls” will focus attention on the powerful, loving and memorable women in Jerry’s life. Both real, like his dear mother Ruth, who taught him that you could throw a party simply because “It’s Today” and characters like Mame, who encouraged us to “Open A New Window”, Dolly Levi, who decided to rejoin the human race “Before The Parade Passes By” and Zaza, who bravely declared, “I Am What I Am.” Jerry has lifted wonderful women off the page and into our hearts for almost six decades.

Klea Blackhurst: is an actress, singer and comedienne known for her award-winning tribute to Ethel Merman, Everything the Traffic Will Allow. Most recently she appeared Off-Broadway with Hayley Mills in the comedy Party Face, at City Center Stage 2. She starred as Miss Lemon in the Nashville premiere of The Nutty Professor, directed by the legendary Jerry Lewis and featuring a score by Marvin Hamlisch and Rupert Holmes. Klea also played Rose in Drury Lane Chicago’s production of Gypsy.

She’s performed with symphony orchestras and in theatrical productions across the country and abroad including the London Palladium presentation of Jerry Herman’s Broadway with Angela Lansbury, the Pittsburgh Symphony Orchestra tribute to Marvin Hamlisch, 15 Mabel Mercer Cabaret Conventions, New York’s Town Hall, Jazz at Lincoln Center, Carnegie Hall, The Chicago Humanities Festival and as Ado Annie in the BBC Proms concert of Oklahoma! Her nightclub engagements include tributes to composer Vernon Duke at Joe’s Pub and “Dreaming of a Song: The Music of Hoagy Carmichael,” a collaboration with Billy Stritch. On television Klea has appeared in Ryan Murphy’s “Pose” and “The Knick” on Showtime. She spent two seasons on the IFC Channel comedy series “Onion News Network.” She’s done the requisite “Law and Order: SVU,” spent a week on “Sesame Street” and was a musical guest on “The Rosie O’Donnell Show.”

Birdland Theatre will present Klea Blackhurst in“One of the Girls: the Words and Music of Jerry Herman” for three shows from Wednesday, October 20 through Friday, October 22 at 8:30 PM. There is a $40 music charge and a $20 food and beverage minimum. Birdland Theater is located downstairs at Birdland Jazz Club, 315 West 44th Street (between 8th and 9th Avenues) in Manhattan.For reservations, please call (212) 581-3080 or visitwww.BirdlandJazz.com.