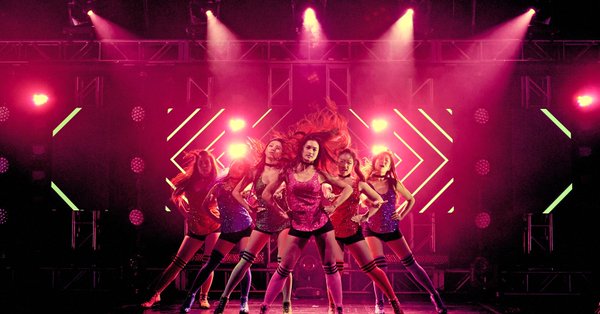 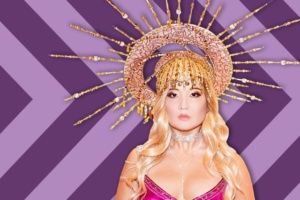 In the Q&A section of the new immersive musical, KPOP, an Ars Nova production in collaboration with Ma-Yi Theater Company and Woodshed Collective, we were asked why Asian K-Pop hasn’t been integrated into the American culture. The man across the room shouted out that we are racists. I countered that we are not racist, what we want are songs in our own language that we can sing along to. Turns out I was  right. 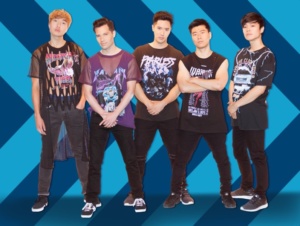 For those who do not know about the worldwide phenomenon known as K-pop, it is a music genre originating in South Korea that is characterized by a wide variety of audiovisual elements. It has grown into a subculture with an enormous fandom of teenagers and young adults. In KPOP at the A.R.T./New York Theatres, two floors are turned into a Korean hit factory. As the audience gathers, we are introduced to Jerry (James Seol), the ambassador of a fictional label called JTM Entertainment. He is trying to understand the reason K-Pop hasn’t made a crossover culturally. The audience has become his focus group, as we are introduced to a boy band called F8 (Fate), a girl band (Special K), and the label’s solo artist, MwE (Ashley Park). As the music by Max Vernon and Helen Park soars, what is immediately evident is the fabulous choreography by Jennifer Warren. After the opening number, we are introduced to Mr. Moon (James Saito) and his wife, Ruby (Vanessa Kai), the owners of the agency who have hired Jerry. 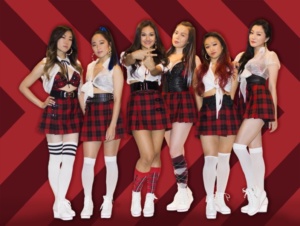 We are then split up into groups depending on the color of your wristband to follow and learn more. For this review, the wristband was gold. We followed the boyband F8 and were again split up and I was assigned Bobo (John Yi). We learn that this boy band used to have eight members, but now is down to five. Bobo, who is a born-again-Christian, who misses his brothers. He allows us to hear the title song on their crossover album and is proud that the lyrics are all in Korean. When American lyrics take over, he starts to freak, as does the rest of the group. We come together as friction ensues between the five boys (Jason Tam, James Seol, Jinwoo Jung, Joomin Hwang and Jiho Kang). Epic (Mr. Tam), the newest boy in the group, is all for American lyrics as his Korean is limited. Oracle (Mr. Jung), the leader, does not want his culture erased and wants to sing only in Korean. There is a sing-off, and in the end, Oracle draws a line down the middle of a rehearsal room and asks the audience to choose a side. Mr. Moon breaks up the commotion and it is time for a break.

Next up, we meet the lovely and talented MwE, who is exhausted and trying to spend time alone. Her manager, Ruby, interrupts the calm to bring us into her personal chambers. MwE has been part of the factory since she was 10. Now at 26, she is being used up and phased out as Sonoma (Julia Abueva), who is 22 and from the girl group Special K, is being brought in to replace her. Again, there is a sing-off with MwE finding an emotional ballad, which turns out to have been written by Sonoma, who plans on singing it herself.

Special K (Katie Lee Hill, Julia Abueva, Cathy Ang, Deborah Kim, Susannah Kim and Sun Hye Park) is in sessions with their choreographer (Ebony Williams), vocal coach (Amanda Morton), media consult, Jerry, and plastic surgeon (David Shih). Through this section, we see how Korean perfectionism is unforgiving and abusive. The pursuit of being American and not Asian is the underlying theme.

Throughout this section, Gabriel Hainer Evansohn’s sets astound. If you have ever been to the A.R.T./New York Theatres complex, this is the best use of the space yet, and Hainer has worked miracles. Tricia Barsamian’s costumes beautifully capture the scene and are a standout, especially for MwE. When you consider all the coordinating needed for this piece, director Teddy Bergman is amazing at managing to keep things running like clockwork; it is truly a remarkable feat. What the weak link here is, is Jason Kim’s script, which is hokey and belies what it is trying to say. Remember my first paragraph?

The finale is an off the hook concert that shows the talent of everyone involved. This spectacular cast gives their all, in a five-song cycle that keeps on upping the bar. This alone is worth seeing the show and for the most part is all in English.

Expect to spend three hours here and most of it on your feet. I give a shout out to the wonderful staff that helped me, as I am still on a cane after having surgery and they made me oh so comfortable.

KPOP may miss the mark in trying to make us understand the cultural problems, but it is electric, thrilling and one great dance party that will leave you wanting more.