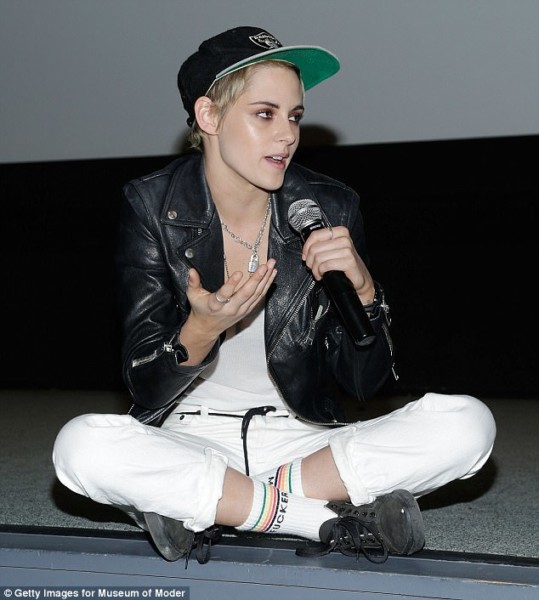 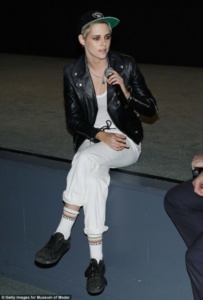 Kristen Stewart attended the screening of her directorial debut Come Swim at Museum Of Modern Art last night. The film had it’s opening at the MOMA, where the concept for the film came from an image in the mind of Stewart of a person sleeping contently on the bottom of the ocean floor. Josh Kaye was the only actor cast in the short film, while Sydney Lopez provided the voice-over. It was shown in the 70th Anniversary Events section at the 2017 Cannes Film Festival and was part of the 2017 Sundance Film Festival. 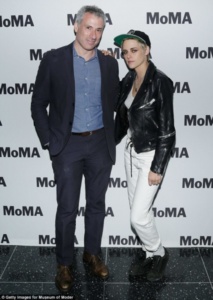 Curator of Film for MOMA Josh Siegel and Kristen Stewart 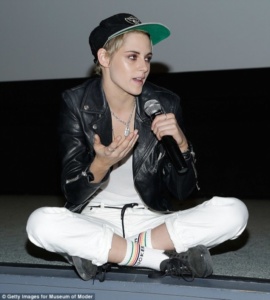 Next up is Lizzie is a psychological thriller based on the infamous 1892 murders of the Borden family, starring Chloe Sevigny as Lizzie Borden. Ms. Stewart plays the maid who

She also co-stars with Jessica Henwick and T.T. Miller in Underwater, an action thriller about a crew of underwater researchers who must scramble to safety after an earthquake devastates their subterranean laboratory.

This is one busy actress/ director.