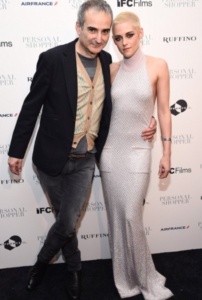 Appearing at the Metrograph at 7 Ludlow Street, Stewart wore a Channel dress to the premiere looking chic and untouchable.

Earlier in the day, Kristen wore a pair of jeans while walking into film The Late Show with Stephen Colbert and walked out in stripped pants.

Before that Kristen was on the Today Show (see clip) 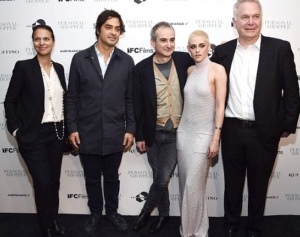 “Personal Shopper” is set in Paris, following Maureen (Kristen Stewart) who is a personal shopper to globe-trotting model Kyra (Nora von Waldstatten). Going from boutique to boutique on her motor scooter, this is Maureen’s only real form of communication. She lives in a frenzied whirl of nothing……waiting. Most of her connections are through video-chats and texts. She lives caught between two worlds a fractured skeleton of what was once a vibrant person. Secretly trying on clothes that are not hers, it’s as if she is trying to exchange her life in for someone else’s.  Maureen desperately wants to make contact with her  twin brother, Lewis, who now resides in the afterlife. Believing themselves to be psychic, the two made a pact that whoever died first would give the other a sign from beyond. Her brother, died of a heart defect which also threatens to take her as well. Maureen conjures up more than she was expecting. 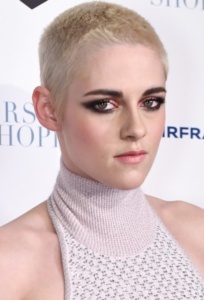 Ms. Stewart gives an intense performance. She definitely has the “it” factor. Ms Stewart dares you not to watch and in doing so you do not want to take your eyes off the screen.

“Personal Shopper”  is a candid view of loneliness, grief and  Olivier Assayas is like the stalker of this haunted ghost of a person, letting us inside her head. This film is frightening, possessed and leaves you in a much different place than when you came in. This film is beguiling, surprising and fresh. 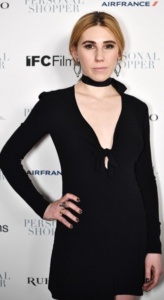