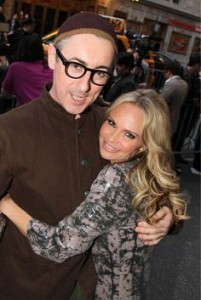 The new album – produced by Michael Croiter, with Daniel Nardicio serving as associate producer – is currently available for pre-order at www.AlanCummingSingsSappySongs.com.

Alan Cumming is an actor and activist beyond eclectic and according to The New York Times “a bawdy countercultural sprite”; Time Magazine named him one of the most fun people in show business; He plays political maverick Eli Gold on CBS’s “The Good Wife,” for which he received Golden Globe, Emmy, SAG and Satellite Award nominations and earlier this year finished his Tony Award-winning role of the Emcee in the Broadway musical Cabaret. Alan’s diverse career has found him performing at venues around the globe including the Sydney Opera House; making back to back films with Stanley Kubrick and The Spice Girls; directing and starring in a musical condom commercial; creating voices of a Smurf, a goat and Hitler; entering upside down and suspended by his ankles in a Greek tragedy (in the National Theatre of Scotland’s The Bacchae); and recording an award-winning album of songs (plus a dance remix).  Alan is also Host of PBS’s “Masterpiece Mystery” and appears opposite Lisa Kudrow in Showtime’s “Web Therapy.” Alan has written for The New York Times, Newsweek, Harper’s Bazaar, Out, has a bi-monthly column for Globe and Mail, and two books; Tommy’s Tale and his New York Times bestselling memoir, Not My Father’s Son.  A tireless champion for LGBT civil rights and HIV/AIDS, Alan serves on the Board of Broadway Cares/Equity Fights AIDS and works closely with amfAR, The Trevor Project and the Ali Forney Center to name but a few. In 2009, Alan was made an OBE in the Queen’s Honors List and by his homeland, Scotland, for which he was a vocal supporter of the YES for independence campaign, he has been awarded the Great Scot and Icon of Scotland awards, as well as recently having his portrait unveiled at the Scottish National Portrait Gallery as seen on the finale of Portrait Artist of the Year.

Kristin Chenoweth, the Emmy and Tony Award winning actress and singer, takes the lead in a career that spans film, television,  voiceover and stage, effortlessly. She received an Emmy Award for “Best Supporting Actress in a Comedy Series” for her work on the ABC series “Pushing Daisies” (“Pushing Daisies” was also nominated for a Golden Globe Award and Emmy Award for “Best Television Series – Musical or Comedy.”)Chenoweth lit up the stage of McKinley High as a former student who returned to town with more than the baggage from her flight, on Fox’s hit comedy, “Glee.” In her role as “Glee”’s quirky ex-songstress, April Rhodes, she was nominated for two Emmy Awards and a People’s Choice Award in the category of “Favorite TV Guest Star.”  Though Kristin has often come into our living rooms on hit shows such as “The West Wing” (where she starred as Annabeth Schott), she may be most remembered by Broadway lovers everywhere for her origination of the role of Glinda the Good Witch in Wicked, which earned her a Tony Award nomination, and her Tony-winning performance in You’re A Good Man, Charlie Brown, for which she stole the show and many hearts in the process. In July, Kristin received the coveted star on The Hollywood Walk of Fame in the category of live performances on stage or in theatre. 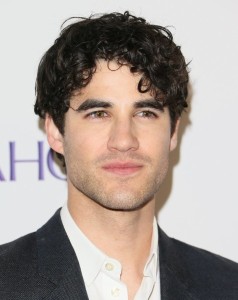 Darren Criss recently starred in the title role of the Broadway revival of Hedwig and the Angry Inch and is also noted for his acclaimed run in the most recent Broadway production of How To Succeed In Business Without Really Trying. Mr. Criss is likely best known for his portrayal of Blaine Anderson on the hit Fox series “Glee,” for which he won SAG, People’s Choice and Teen Choice Awards as well as an Emmy for writing the series’ finale song “This Time.” 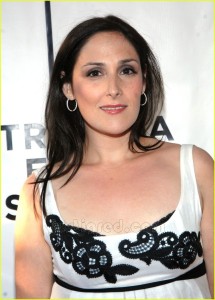 Ricki Lake is the host of the long-running, Emmy Award-winning daytime talk show “The Ricki Lake Show” and is equally revered for playing Tracy Turnblad in the John Waters film Hairspray as well as Pepper in Cry-Baby. After several appearances on TV shows such as “King of Queens,” “King of the Hill” and “Drop Dead Diva,” as well as competing in season 13 of “Dancing With the Stars,” Ricki Lake will be seen soon in a collaborative documentary film titled Sweetening the Pill, based on the best-selling book of the same title.

New York City Gay Men’s Chorus has been committed to equality for LGBTQ citizens and to fabulous singing for 36 seasons; its musicianship and professionalism has connected with audiences throughout the world. NYCGMC performs a range of vocal styles – classical, pop, jazz, gospel, and Broadway — and has worked with talents in every genre: Marilyn Horne, Roberta Peters, Stephen Sondheim, Judy Collins, Kelli O’Hara, Martha Wash, and Sia, to name just a few. In recent years, the chorus has appeared in HBO’s The Normal Heart, NBC’s “Best Time Ever” with Neil Patrick Harris, and for the Drama League’s tribute to Bernadette Peters. In June 2014 during a tour of London and Ireland, NYCGMC donated a concert in Dublin which raised over €35,000 for Marriage Equality Ireland.  And through NYCGMC’s Connect program, the chorus hosts a series of smaller concerts and sing-a-longs that engage all populations of New York City, including sing-a-longs with youth, LGBT Elders, and Caribbean and Latina women living with HIV. NYCGMC’s popular “Big Gay Sing” returns this March to the NYU Skirball Center for the Performing Arts with its eighth edition: “Mind the Gap,” a concert of British pop hits.