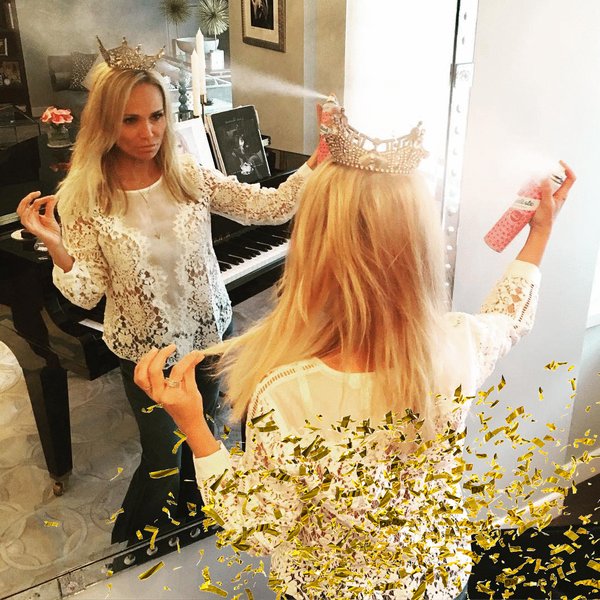 Emmy and Tony Award winner Kristin Chenoweth will play Velma Von Tussle, the self absorbed manipulative producer of “The Corny Collins Show,” who will stop at nothing to make her daughter, Amber, the star. NBC’s Hairspray Live, will air Wednesday, Dec. 7 at 8 p.m. Chenoweth will join the previously announced cast of Harvey Fierstein, Jennifer Hudson, Martin Short, Derek Hough and newcomer Maddie Baillio.

Robert Greenblatt, Chairman, NBC Entertainment stated “We are so excited and fortunate that Kristin – one of the best musical performers in the world – wants to come and play with us on Hairspray. Everything she does is incredible, going back to the iconic Glinda in Wicked, and there’s no one better to play Velma Von Tussle. Each year we find that more and more of the top talent in our business wants to experience the once-in-a-lifetime thrill of these live musicals, and the bigger the roster of stars, the better the event. This one is shaping up to be one of our best!”

Chenoweth won the Tony as Best Featured Actress in a Musical for the role of Sally in the 1999 production of You’re a Good Man, Charlie Brown. She was Tony nominated in 2004 for the role of Glinda the Good Witch in Wicked and for the dual roles of Lily Garland/Mildred Plotka in the musical On the Twentieth Century. On TV Chenoweth won an Emmy as Outstanding Actress in a Comedy Series for her role in “Pushing Daisies” and was twice nominated for Outstanding Guest Actress in a Comedy Series for “Glee.” Other TV roles include the Emmy Award-winning drama “The West Wing,” “Ugly Betty” and “Hot in Cleveland.” In film Chenoweth has co-starred in “Stranger Than Fiction,” “Running With Scissors” and in 2014 lent her voice to the animated film “Rio 2.”

Hairspray Live! reunites Chenoweth reunites with NBC Live executive producers Craig Zadan and Neil Meron for the fourth time. They collaborated on the TV versions of Annie with Kathy Bates and The Music Man with Matthew Broderick. On stage they were a part of the Broadway revival “Promises, Promises” with Sean Hayes.

Suzanna BowlingJuly 29, 2020
Read More
Scroll for more
Tap
The Beacon Awards and Inside Broadway Celebrated at The Essex House
What the World Needs Now Is Love Reaches #1 On i-Tunes