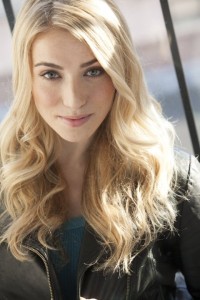 Born in Manhattan, Kristin Piacentile grew up in the tri-state area and discovered her passion for performing at a very ripe age. She attended Tisch School of the Arts at NYU. After being accepted into the CAP21 Conservatory, Kristin expanded her interests and studied Shakespeare at the Royal Academy of Dramatic Art in London and Film and TV acting at Stonestreet Studios. Since graduating early, she has been lucky enough to work with industry professionals such as Constantine Maroulis, Andrea McArdle, Justin Sargent, Jennifer Damiano, Rebecca Faulkenberry, and others.

Kristin hopes to be able to impact the theater world not only through her own participation, but through the support of the Piacentile Family Foundation, which supports a wide variety of nonprofit organizations, academic institutions, and causes such as Voice Health Institute, The Transport Theater Company, The Cherry Lane Theater, BCEFA, The Drama Desk Awards, Oral Cancer Foundation, Tourette Association of America and many others.The Piacentile Family Foundation ensures that creative works and artistic expression continue to flourish, feed the soul and bring joy to society.

T2C: You are 22 standing by and playing three performances a week in the Seattle production of A Night With Janis Joplin. What was your audition like?

Kristin Piacentile: My agent submitted me and I kept getting called back. They had me sing the standard “Cry,” “Piece of My Heart” and “Maybe.”

T2C: You also get to go on. What was that experience like.

Kristin Piacentile: It’s intense, you have to physically and mentally prepare, more than any other show I have ever done. You have to center and ground yourself.

T2C: What shows had you worked on before that?

T2C: What is going on with ZM: A Zombie Musical the musical you did at The Eugene O’Neill Theater.

Kristin Piacentile: That show was about the fast food industry being so corrupt. They put all these ingredients into a special sauce and it turned people into Zombies. The writers of Urinetown wrote it. They are still in the process of rewriting. Everyday we basically had a new script.

T2C: Home Street Home was done at Z Space written by Jeff Marx, Goddess Soma and NOFX’s Fat Mike. Tell us a little about that. 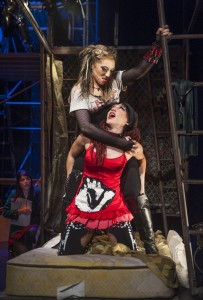 T2C: You’ve studied at some very prestigious schools what was your favorite and why?

Kristin Piacentile: I loved the RADA Program. We got to do Shakespeare and it molded me into the person I am today. The language is so beautiful. 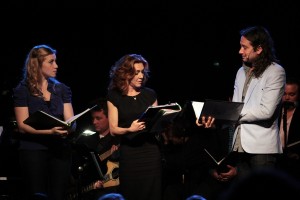 T2C: You have worked with Constantine Maroulis. What was that like?

Kristin Piacentile: That was in Lost in Love musical. He was my love interest and we fell in love while singing Air Supply songs.

T2C: What about Andrea McArdle?

Kristin Piacentile: Also Lost in Love. She played one of the crazy aunts keeping up the status of her marriage. It takes place during the 1800’s.

Kristin Piacentile: I did American Girls with her, which was an hour and 15 minute musical at the store. I don’t think it’s running any longer.

T2C: Tell me about your work at Piacentile Family Foundation.

Kristin Piacentile: My mom is on the Transport board, my dad Cherry Lane Theatre. I was Bob Blume’s intern at the Drama Desk. It’s an ongoing effort that basically is my parents and I come with them because I know a lot of people in the community.

T2C: What are your dreams?

T2C: What do you want our readers to know about you?

Kristin Piacentile: I am a certified scuba driver and an avid rock climber.