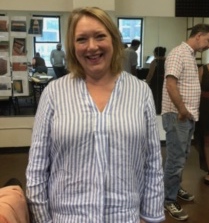 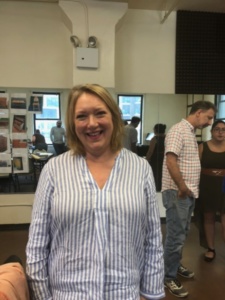 Taylor Mac, (who uses “judy,” lowercase sic, not as a name but as a gender pronoun) is one of the most exciting theater artists of our time. Gary: A Sequel to Titus Andronicus marks Mac’s highly anticipated Broadway debut. Mac is the conceiver/author/star of one of the most decorated and talked-about American cultural events in recent memory, A 24-Decade History of Popular Music, as well as the author of the acclaimed play, Hir, and a MacArthur Fellow.

In Gary, Taylor Mac’s singular world view intersects with Shakespeare’s first tragedy, Titus Andronicus. In Mac’s extraordinary new play, set during the fall of the Roman Empire, the years of bloody battles are over. The civil war has ended. The country has been stolen by madmen, and there are casualties everywhere (among them a midwife on the verge of death – Nielsen). And two very lowly servants – Lane and Martin – are charged with cleaning up the bodies. The year is 400 – but it feels like the end of the world.