La Femme Theatre Productions‘ presentation of Tennessee Williams’s The Night of the Iguana, directed by Emily Mann, was initially streamed this past December and raised nearly $17K for The Actors Fund. La Femme is thrilled to present an Encore streaming of The Night of the Iguana in celebration of Tennessee Williams’s 110th birthday on March 26, 2021. The event will begin March 25 at 7 PM with La Femme’s Executive Director Jean Lichty, “In Conversation” with Tony-nominee and Theater Hall of Fame-inductee, director Emily Mann. Iguana will stream through March 28, 2021.  Encore tickets range from $15 – $250. To purchase tickets and for more information, please visit Stellartickets.com. 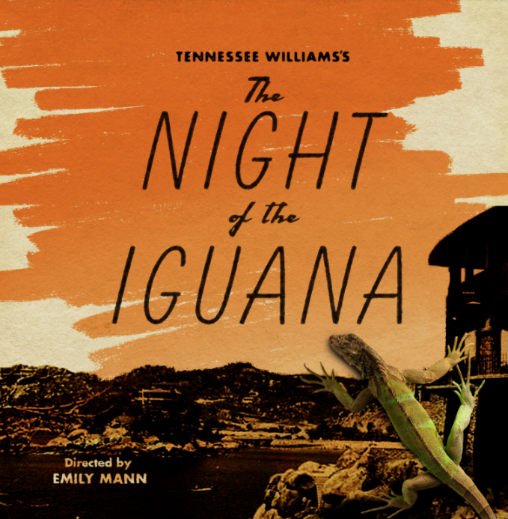 In Tennessee Williams’s The Night of the Iguana, a defrocked clergyman encounters inside disturbances amid outside disturbances during one stormy night at the Costa Verde Hotel in Acapulco as the world prepares for World War II. After four women of different ages and backgrounds, along with a 97-year-old poet, engage in the clergyman’s spiritual struggles, their lives leap dramatically forward. And the catalytic, defrocked clergyman survives the night.