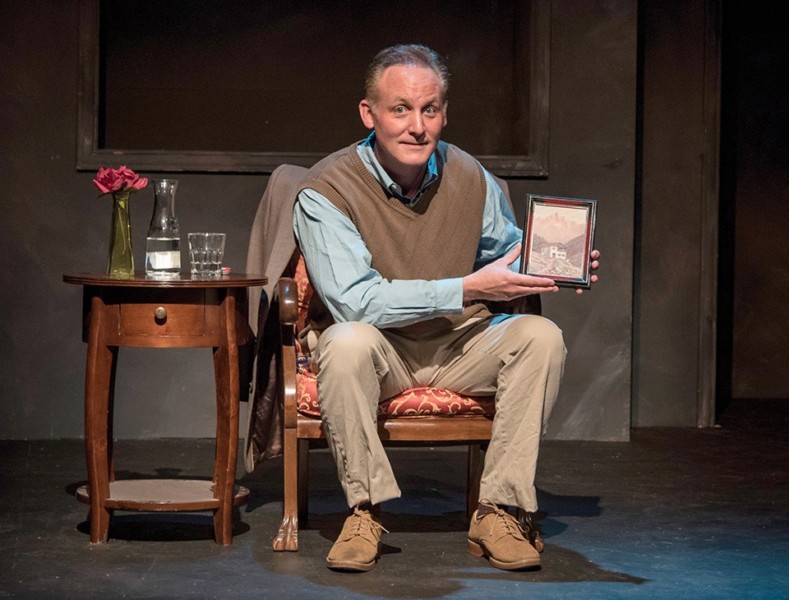 The St. Louis Actors’ Studio’s (William Roth, Artistic Director) has brought The LaBute New Theater Festival to the Davenport Theatre, 354 West 45th Street. The festival is comprised of three premier one-acts by the Tony Award nominated playwright Neil LaBute. The first one act was The Fourth Reich was being given its New York Premiere. Directed by John Pierson, the show stared Eric Dean White (TV: “Chicago Fire,” “Blackbookberry”). Karl is a public speaker who states “Let be clear about one thing, Hitler lost.” “It’s the winners who get to write history, making Adolph Hitler, one of the most maligned people in the history of the world.” According to Karl, Hitler wasn’t just a murderer, but a talented man whose tactical mistakes against the Russians, was one a flaw in his character. As he talks this likable man, is the epitome of a racist. Karl is one of those men who believes the Holocaust has been blown out of proportion. One has to wonder why LaBute wrote this for we all know people like this exist.

White does well in trying to make this man likable and John Pierson’s direction is simple, yet effective.

In Great Negro Works of Art, also directed by Pierson, Jerri (Brenda Meaney), a white women has brought Tom (KeiLyn Durrel Jones), who is black, to a museum exhibition. This is the two’s first date through a social media dating app. Their date is full of small talk until Tom blurts out a joke about Mexicans. He states “People are so sensitive these days, about everything, every little word we say.” Jerri agrees, replying “It’s important to say what you mean and to realize that there are some things that are probably off-limits, or at least off-limits to various groups of people.” The conversation triggers underlying racial tensions. They debate race, culture and what is/what is not “ART” today as communication keeps getting tripped up.

Both actors again do a fine job.

“People are getting shot and killed every single day and I don’t even notice anymore.” 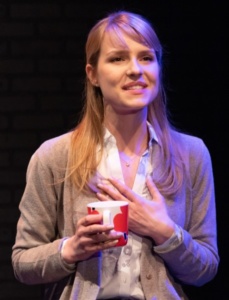 The final play Unlikely Japan (World Premiere), is also directed by LaBute. Here a woman (Billions actress Gia Crovatin), is dealing with her feelings about Tim, her ex high school boyfriend. He was one of the victims of the 2017 Las Vegas mass shooting. She relives their history that involves her cheating on Tim, with the the cooler, older Doug. A trip to Japan lead to their breakup and no more contact. Here choices of what could have been and the numbness that comes with excessive violence comes into play.

The New York staging marks the fourth incarnation of the LaBute New Theater Festival, a project of the St. Louis Actors’ Studio (the 2019 festival will be the seventh in St. Louis).

The psychology of truth and belief is different for everybody, but in LaBute’s world it always seems he sees the worst traits in people to be fodder for his writing. I find his work morose.