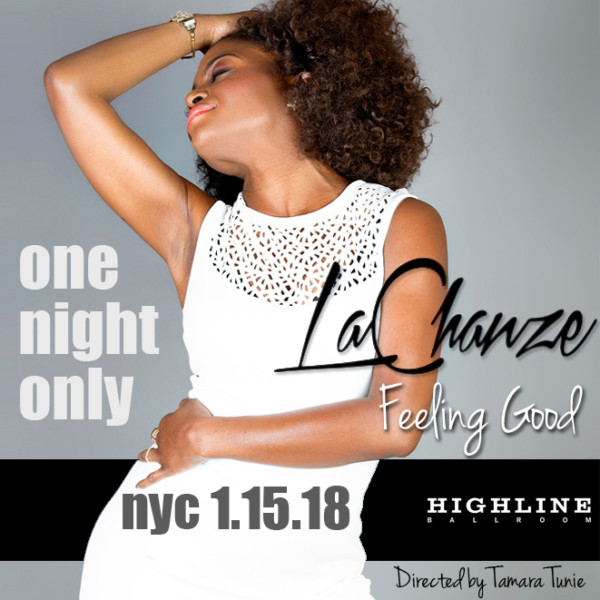 LaChanze In Concert One Night Only

LaChanze In Concert One Night Only 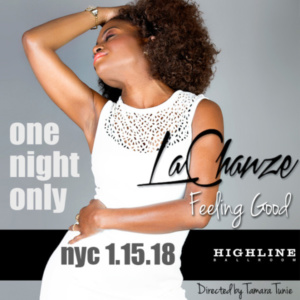 LaChanze is playing the Highline Ballroom again for one night only January 15 at 8pm. The show is called “Feeling Good” and is directed by Tamara Tunie.

“Feeling Good is a peek into my life through song. Since our preview back in 2014 at Joe’s Pub we have been reworking the material to include original music as well as new arrangements.” LaChanze

LaChanze had her first starring role on Broadway playing the central role of Ti Moune in the original 1990 production of Once on This Island, earning her first Tony nomination as Best Featured Actress in a Musical. She won the 2006 Tony Award as Best Leading Actress in a Musical for her performance as Celie in the original production of the musical The Color Purple. She returned to Broadway in 2014 in the musical If/Then with Idina Menzel. Among her Off-Broadway appearances was the starring role in Bubbly Black Girl Sheds Her Chameleon Skin. In 2009, she was featured in PBS Great Performances of Handel’s Messiah Rocks! with the Boston Pops orchestra, a performance for which she won an Emmy Award.

Last year, sold out so fast, you could not get in the place. Standing room only and people were still trying to get in!