Lainie Kazan Brings Her Life To Feinstein’s/54 Below 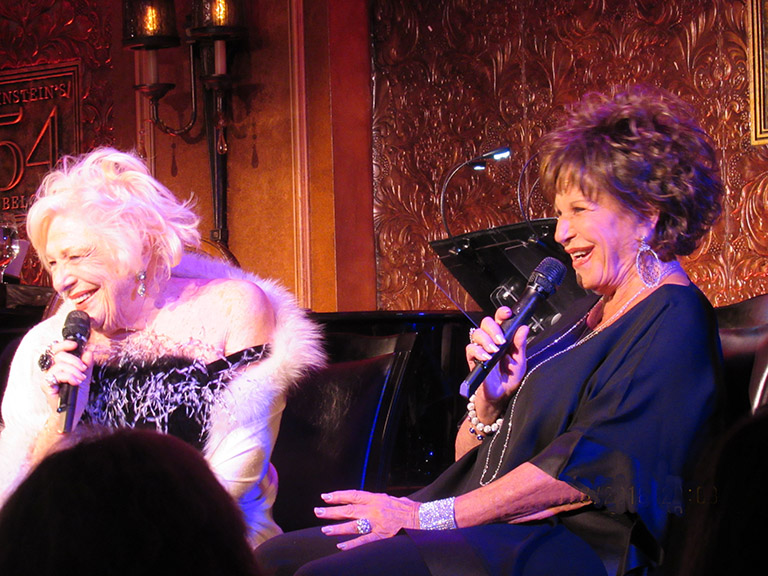 Lainie Kazan Brings Her Life To Feinstein’s/54 Below

Tony-nominee Lainie Kazan returned to Feinstein’s/54 Below, where her show had been well reviewed and celebrated earlier this year.

She was set to do a night of songs reflecting on her life, her loves, her Broadway shows, TV series, and movies.

However, Lainie woke up with laryngitis that morning, so singing was precarious.

Being the star that she is, she turned this problem into a night that was fascinating and one to be remembered.

She dished on her career, which covered her memorable and roles in My Favorite Year and My Big Fat Greek Wedding, The Nanny, the mob and the years she spent running Playboy Club nightclubs across the country.

Since she couldn’t sing the songs, for the first time, she shared the good, the bad and the ugly stories of her life.

She still sang a couple of tunes such as a wonderful rendition of “Peel Me a Grape”and a couple of others, as to not completely give the audience what they thought they came for.

Instead of a show where she could barely sing, which I have attended a couple of times. Ms. Kazan, got real, revealing a side of her, I have never saw before and found myself truly enjoying a wonderful New York moment.

The show was done almost like an interview with her assistant Scott Khouri. It was personal, hilarious and informative.

Her musical director/ Pianist Russ Kassoff, Bassist Lew Scott and Drummer  Tony Tedesco were also given about 15 minutes to shine.

As a surprise guest, her co-star and friend Renee Taylor joined her for an even funnier and special night that only could be had at Feinstein’s/54 Below.

Lainie’s show was not to be missed and yet if you were not there, it was a moment in time not to be gotten again.

Ms. Kazan proved a true artist can make it work even in the worst of times.