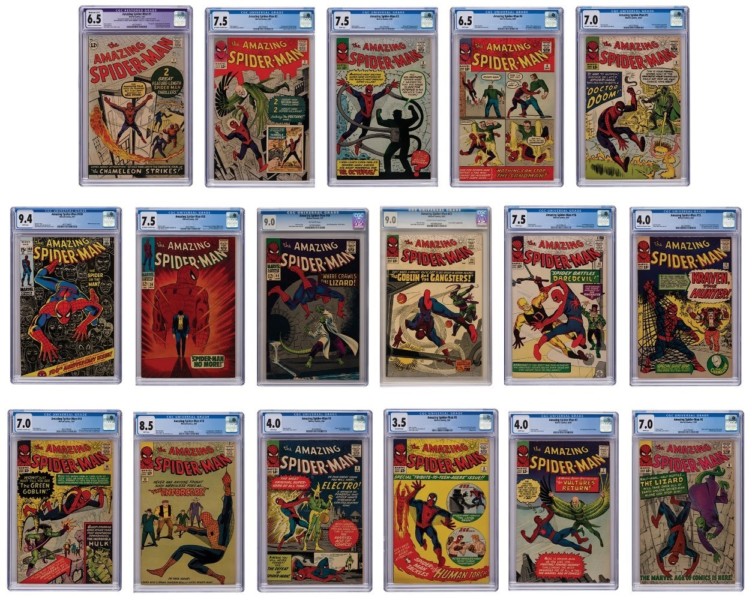 The Pop Culture Auction includes the extensive life’s work of one passionate Spider-man collector, who collected almost every comic book with a Spider-man appearance from Amazing Fantasy# 15 in 1962 through 2005. Spider-man’s first appearance and The Amazing Spider-man #1 are individually among the highest valued comic books to collectors, and both are included in this auction. The collection includes all the highlights of Spider-man’s first 43 years, including the deaths of Gwen Stacy and the original Green Goblin in #121 and #122, and the debut of bad guys turned anti-hero the Punisher and Venom, both powerhouse characters of the Marvel Universe.

“This is an incredible collection”, says Gallery owner Mike Van Eaton. “We have seen many of these comics sold individually, but I have never seen such a complete collection offered for sale.” 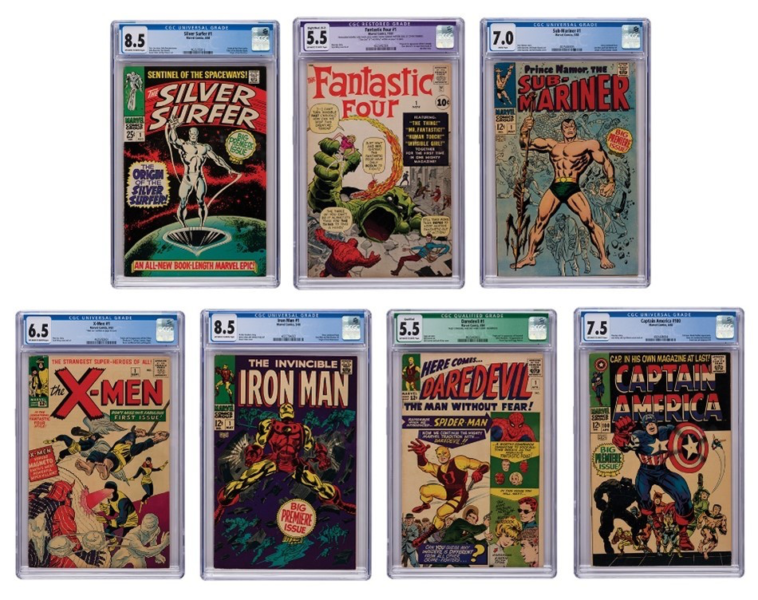 Among the more obscure items offered are original comics created as promotional tie-ins, public service giveaways, and newspaper inserts. Most of these contain original stories that were only seen in one city. A 1982 Dallas Tribune Supplement promoting the Sanger Harris Department store presents a 15 page original story with Spider-man, the Hulk, and the Dallas Cowboy Cheerleaders. In 1996, Spidey teamed up with Billy the Marlin, mascot of the Florida Marlins baseball team, to fight Doctor Doom. These unusual stories mostly fall outside of accepted canon, but represent some of the least known corners of the Marvel Multiverse and serve as extremely rare and valued advertising collectibles.

Spider-man’s popularity transcends most comic book characters, typically jockeying only with Superman and Batman for the most popular position.  The recent Marvel Cinematic Universe films leading up to 2021’s Spider-man: No Way Home have propelled the web-slinger to greater and wider acclaim than ever.

“Offering an entire collection of over 2000 comic books in a single lot is rare,” says Van Eaton, “but, we did not see how we could break up this incredible tribute to one of the greatest comic superheroes of all time.”

The collection does not stop with just Spider-man,. Additional highlights include other key Marvel Comics including Fantastic Four # 1, X-Men # 1, Iron-Man # 1 and many more.

Objects of value such as rare cars, fine wines, precious gems and uncommon goods are all proven time-trusted investments . Comics of this type and value are a prime example of how investors have turned to items representing pop culture to enhance their portfolios. Clear favorites are the Marvel Comic Books of the 1960s, with a near-mint copy of the first appearance of Spider-man selling for a jaw-dropping $3.5 million in a recent auction.

The catalog for the Pop Culture Auction and a complete list of Comic Books included in the Spider-man lot can be found online at vegalleries.com.

To register to bid visit www.vegalleries.com