Larry Storch Celebrates His 94th Birthday at the Metropolitan Room

Larry Storch Celebrates His 94th Birthday at the Metropolitan Room 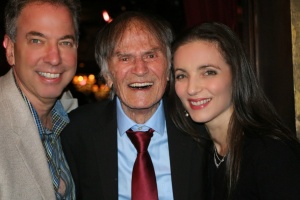 Veteran actor/comic Larry Storch celebrated his 94th Birthday at the Metropolitan Room. Many fans and friends filled the room and surround Mr. Storch with great love and affection. Mr. Storch started out as a stand up comic this led to guest appearances on dozens of television shows, including, Car 54, Where Are You?, Hennesey, Get Smart, Sergeant Bilko, Columbo, CHiPs, Fantasy Island, McCloud, Emergency!, The Flying Nun, Alias Smith and Jones, The Alfred Hitchcock Hour, That Girl, I Dream of Jeannie, Gomer Pyle, Gilligan’s Island, The Doris Day Show, The Persuaders and All in the Family. His most famous role was the scheming Corporal Randolph Agarn on the TV series F-Troop (1965–1967), with Forrest Tucker and Ken Berry. In 1975, Storch co-starred with Bob Burns (who was disguised as a gorilla) and Forrest Tucker on the popular Saturday morning show The Ghost Busters. He also appeared on The Love Boat, was Al Bundy’s childhood hero on Married… with Children, and was a semi-regular on Car 54, Where Are You?. He co-starred on the short-lived series The Queen and I. 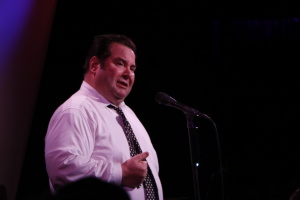 Stephen SorokoffJuly 25, 2022
Read More
Scroll for more
Tap
A Look Inside This Years The Association of Performing Arts Convention
Aisle Say on the Square: Rake-ing Up The Past