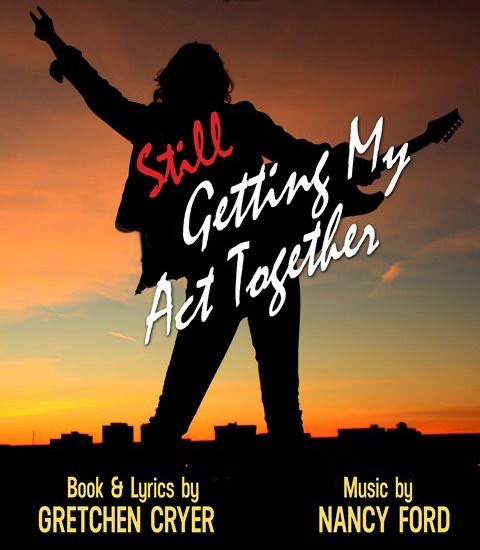 Continuing the celebration of its 50th Anniversary year, The York Theatre Company (James Morgan, Producing Artistic Director; Evans Haile, Executive Director), dedicated to the development of new musicals and rediscovery of musical gems from the past, will present a concert performance of Still Getting My Act Together, a sequel to the Off-Broadway hit musical I’m Getting My Act Together and Taking it On the Road, with book & lyrics by Gretchen Cryer and music by Nancy Ford.

The York has added a special afternoon dress on Monday afternoon, November 18, 2019 beginning at 3:00pm. The evening performance scheduled at 7:00 p.m. was SOLD OUT prior to being offered to the public.

Directed by Gretchen Cryer (The Last Sweet Day of Isaac), the 8-member cast will feature Ms. Cryer, who reprises the role she originated 40 years ago, as Heather, and Nancy Ford (I’m Getting My Act Together and Taking It On the Road) as Scott, with Britt Swanson Cryer (The Desert Song)as Cheryl, John Hilner (Ever After) as Joe, David Ippolito (That Guitar Man from Central Park) as Jake, Jillian Louis (Bloodlines) as Bonnie, Dan Paccione as Leo, and Jennier Leigh Warren(Passing Through) as Alice.

Gretchen Cryer and Nancy Ford return to The York during their 50th Anniversary Season for a special one-night only concert of Still Getting My Act Together, a sequel to the beloved I’m Getting My Act Together and Taking It On the Road which played three years Off-Broadway in the late 70’s. Heather Jones is back with her old band for a 30-year reunion concert and she’s hoping to take her act on the road again. But is it too late?

NOW ON SALE: Tickets for Still Getting My Act Together the special afternoon rehearsal performance are priced at $35. Tickets may be purchased by calling (212) 935-5820, online at www.yorktheatre.org, or in person at the box office at the York Theatre at Saint Peter’s (Citicorp Building, entrance on East 54th Street, just east of Lexington Avenue), Monday through Friday (12:00 p.m. – 6:00 p.m.). Senior Rush tickets are available in-person beginning one hour prior to performances for $20 cash only. Student tickets can be purchased anytime in advance at the box office during regular box office business hours. Limit one ticket per valid student ID and tickets are subject to availability. Student Rush tickets are $20.00 cash or credit. The York Theatre also offers $25 tickets for guests aged 35 years and under.

UP NEXT: The York recently announced the Off-Broadway premiere of the new musical revueAnything Can Happen in the Theater: The Musical World of Maury Yeston with music and lyrics by Maury Yeston, directed and conceived by Gerard Alessandrini. Performances begin Tuesday, November 26, 2019 for a limited engagement through Sunday, December 29, 2019 atThe York Theatre Company at Saint Peter’s (entrance on East 54th Street, just east of Lexington Avenue). Opening Night is Thursday, December 5, 2019 at 6:45 p.m. Cast and creative team will be announced shortly.

Suzanna BowlingJune 18, 2022
Read More
Scroll for more
Tap
The Glorious Corner
A Is For Audra: Broadway’s Leading Ladies From A To Z