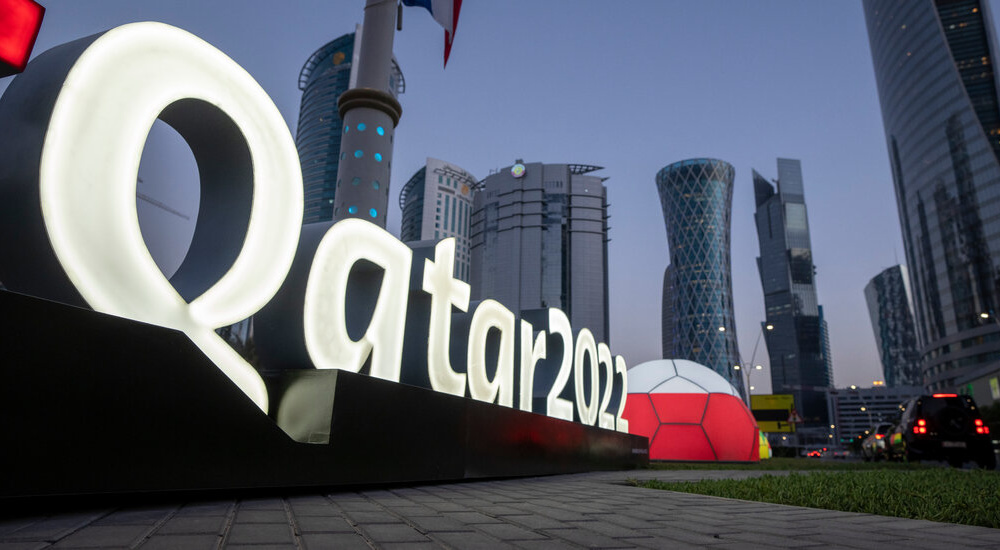 The opening game of the Qatar World Cup 2022 has been rescheduled in a last-minute move which has caused irritation amongst officials, fans, and the media in the soccer world.

The new World Cup schedule will see the tournament kick off on November 20th with the opening ceremony followed by the fixture between hosts Qatar and Ecuador at the Al Bayt Stadium in Al Khor.

The World Cup had originally been scheduled to begin with a 1 pm clash between the Netherlands and Senegal as the opening game of the tournament on November 21st. However, this fixture will now occur at the Al Thumama Stadium, kicking off at 7 pm on November 21st. The first game in Group B, between England and Iran will take place at 1 pm on the same day at the Khalifa International Stadium in Al Rayyan.

Many are questioning why the host nation Qatar was not originally scheduled to play the opening game, a tradition that has been in place ever since the 2006 World Cup in Germany. Previously, the defending World Cup winners had been given the privilege of kicking off the tournament. The opening ceremony, which precedes the first World Cup game is viewed by FIFA as having “significant value from a ceremonial, cultural and commercial point of view.”

The rescheduling of the opening game of the World Cup has caused alarm in football circles and raised fears that the last-minute nature of the change could be a sign of a lack of readiness to host the most prestigious soccer tournament in the world. The rescheduled date of the opening game will disrupt the plans of Ecuador fans and possibly require costly and inconvenient changes to flights and rebooking accommodation.

This comes as questions remain over a lack of World Cup accommodation for supporters. With the host nation aiming to attract over one million fans to the Gulf state, many fans have struggled to find hotels with sufficient capacity as participants, officials and the media have snapped up rooms, which has led to many travelers deciding to base themselves in neighboring countries and fly in for each game. One plan to provide tents in the desert has been quietly shelved as a non-starter.

Qatar has also courted controversy over its treatment of foreign workers who have worked on the construction of the new World Cup stadiums. Pay and precarious working conditions have been an issue for some time. This is likely to be under scrutiny as the World Cup approaches, especially after foreign workers in Qatar were detained following protests about pay, with workers going months without remuneration.

The host nation had been eager to highlight the unique selling proposition of the event being the compact nature of Qatar, which means the eight World Cup stadiums are all within 30 miles of the capital city Doha. However, the lack of accommodation for fans has turned this positive into one of the most negative aspects of the tournament with a lack of solutions in sight.

The first group fixture of the USMNT against Wales will take place at the Ahmed bin Ali Stadium in Al Rayyan. With England the favorites to win Group B, the game could be crucial in deciding which nation advances to the knockout stage. With a number of USMNT players now performing in the English Premier League, such as Brenden Aaronson and Tyler Adams for Leeds United and Chelsea attacking midfielder Christian Pulisic, this could give Gregg Berhalter’s side an advantage as they will know what to expect from their opponents. For those betting on World Cup soccer, according to the outright markets as they currently stand, the US are favorites to beat Wales at odds of +£135 with Caesars Sportsbook.

The USMNT will also benefit from the presence of Wales’ star player Gareth Bale in the MLS. The winger now plays for Los Angeles FC and it will give US defenders the chance to devise strategies to eliminate the threat of the 33-year-old ex-Real Madrid player. Wales are viewed as particularly reliant on Bale, so the USMNT must grasp any opportunity to counteract his skills, with the encounter on a knife-edge. The last fixture between the two nations, a friendly in 2020, resulted in a 0-0 draw, although, crucially, Bale did not feature in that game.

Young US stars like Aaronson and Pulisic have an additional motivation to perform well at the World Cup, after USWNT world champions Alex Morgan, Megan Rapinoe and Becky Sauerbrunn were all named amongst the 100 Most Influential People in The World by Time magazine.

With the availability of accommodation for fans and the working conditions of foreign workers in Qatar an issue for some time now, it is hoped that the rescheduling of the opening game of the 2022 World Cup is not a sign of deeper malaise in the Gulf state. With the eyes of the World on Qatar, it will be essential that the World Cup runs smoothly as any sign of further issues could see both the organizers and FIFA face a backlash led by fans and the world media.